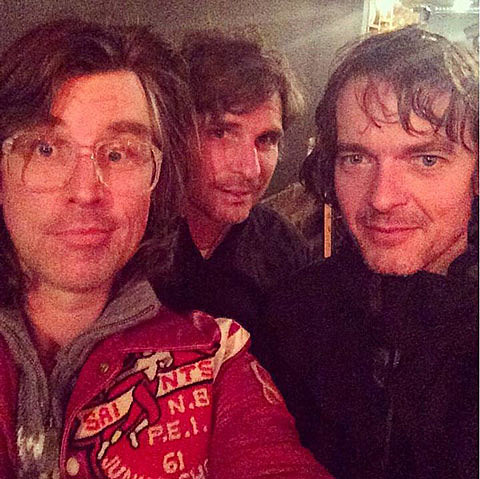 Sloan are currently working on the 20th Anniversary special edition box set of their 1995 album One Chord to Another. While we wait, singer/bassist Chris Murphy has formed a new group, TUNS, that is a bit of a '90s Halifax supergroup. The trio also includes Chris' onetime The Super Friendz bandmate Matt Murphy (no relation), as well as Mike O'Neill who was one half of highly underrated duo The Inbreds. Not much else is known about TUNS -- there's a website, Instagram, and Facebook set up with nothing much there yet -- but they have released a song, "Throw It All Away." It even sounds like it could've been made in the '90s, with a just-right mid-fi production style. To my ears it sounds like O'Neill takes lead vocals on this '60s inspired track (you can hear Chris Murphy on harmonies) that is very, very catchy. Can't wait to hear more. Stream it below.

Sloan's Murderrecords reissued The Super Friendz' 1995 debut Mock Up, Scale Down, a couple years ago and you can stream that below. Also highly recommended is The Inbreds' 1994 debut, Kombinator, which you can stream below as well.