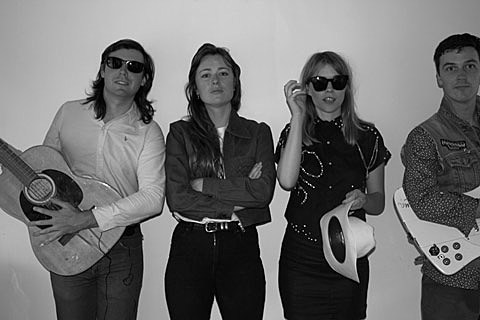 In the continuing competition of Melbourne musicians to see who can be in the most number of bands, we have Terry, a four-piece that features Al Montfort (of Total Control and Dick Diver, who were both recently in NYC), Zephyr Pavey (Eastlink, Total Control, Russell Street Bombings), Amy Hill (Constant Mongrel, School Of Radiant Living), and Xanthe Waite (Mick Harvey Band). Their debut single features three doses of shambly Television Personalities/Swell Maps style earworm indie rock. You can listen to "Talk About Terry" below.