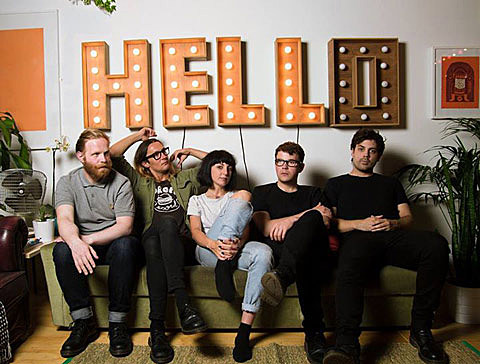 Leeds band Menace Beach released their debut album, Ratworld, back in January and are already gearing up to release a new EP, Super Transporterreum, which will be out on the Memphis Industries label September 25. Like the album, this was produced by MJ of Hookworms (he also plays in the band). The title track is an ultra-catchy chunk of indie rock, and "Super Transporterreum" is one of the more unlikely sing-a-long choruses you're likely to hear (and sing) this year, but there it is. Listen, along with another track ("Ghoul Power") off the EP, below.

The band, which also includes Sky Larkin's hard-hitter Nestor Matthews on drums, will be on tour in the UK in September. No U.S. dates have been announced yet, but there have been whispers of CMJ. Stay tuned. All dates are listed below.