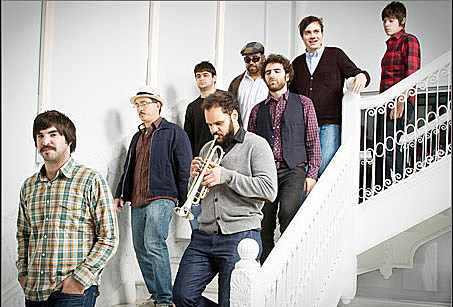 Although the last Daptone update was filled with Menahan Street Band pictures, there were no Menahan dates. That has since changed and tickets are on sale for a December 20th show at Southpaw in Brooklyn.

And although the last Daptone update did have three Budos Band NYC dates, none of them were the one they are playing for free at Cargo Cafe in Staten Island tonight, Friday November 21st @ 10pm.

Also new: The Menahan AOL in-studio performance that you can download at the top of this post and watch at AOL's.