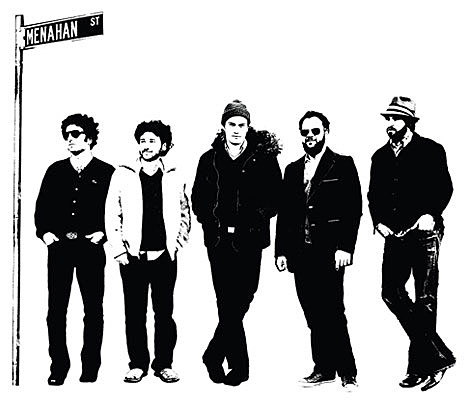 The Menahan Street Band played their first show ever opening for Sharon Jones at Summerstage this summer. They play their second show ever TONIGHT (Oct 17) at Southpaw in Brooklyn. Also on the bill: The Phenomenal Handclap Band. It will be their third show ever. Their fourth is at the BrooklynVegan showcase at Music Hall of Williamsburg on Tuesday October 21st.

Tommy (Thomas Brenneck) is a member of both Menahan and Handclap, though it is unclear whether he'll be performing with TPHB tonight. He may just have contributed to their album.

Tommy is also the one who started Dunham Records, a subsidiary of Daptone. The Menahan Street Band album ("Make the Road by Walking") is their first release and it is out now. Download the title track above. You might recognize it from the sample used in Jay-Z's hit song "Roc Boys (and the Winner is...)". Speaking of which...

A few months after the release of the Jay-Z track, Brenneck was contacted by the principal of Public School 20, an elementary school in nearby Clinton Hill, Brooklyn, who had tracked down the original after being blown away by the sample in the radio hit. The school band invited the Menahan Street Band to their recital to watch them perform their own rendition of "Make the Road by Walking" and to join them in their music class the following Friday. The experience proved mutually inspiring for both the children and the band, and completed the songs poetic journey from the local community center through the national hip-hop airwaves, and back to the children of Brooklyn. 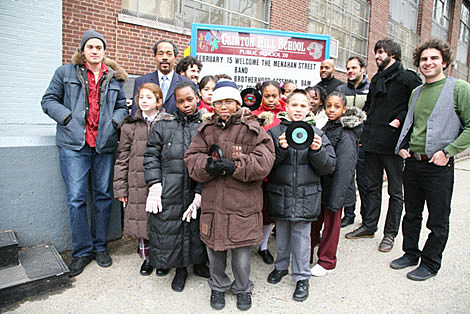 "Make the Road by Walking" performed by PS 20 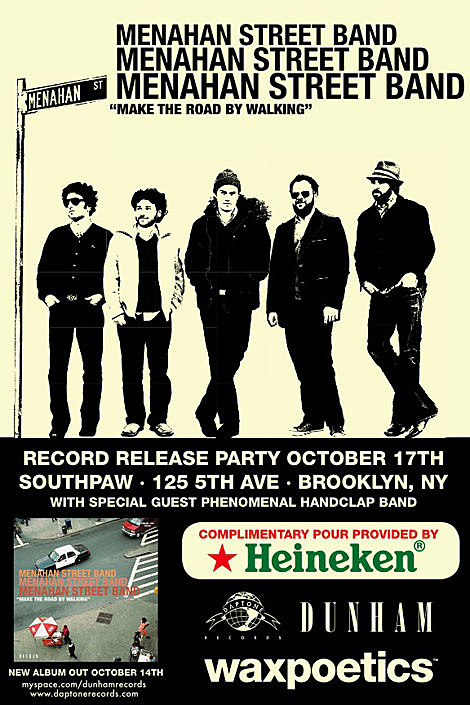