The Menzingers in Chicago in June (more by Jeff Ryan) 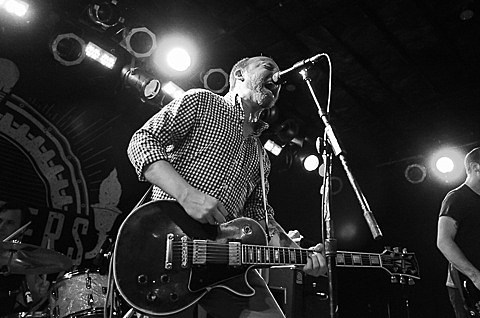 Chicago punk label Red Scare is celebrating its tenth anniversary this year with a big hometown show, but ahead of that there will be a pre-party in NYC on September 26 at Knitting Factory. The show will feature an acoustic set from The Menzingers' co-lead singers Tom May & Greg Barnett, Lawrence Arms frontman Brendan Kelly, and an acoustic Elway set. Tickets for that show go on sale Friday (8/1) at 10 AM.

Both The Menzingers and The Lawrence Arms put out new albums this year on Epitaph and have other upcoming dates too. Those dates are listed, with videos from both albums, below...

The Menzingers - "In Remission"