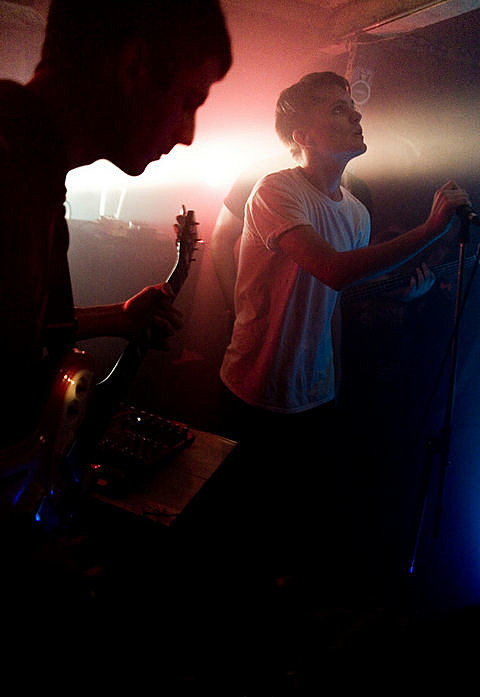 Merchandise, who just played a couple NYC shows right around New Year's, have announced the follow-up to last year's Children of Desire. The new record, a five-song 12" titled Totale Nite, will be out on the Night People label sometime this spring. They're calling it an album and if it contains two 10-minute plus tracks like Children of Desire did, I guess it could be.

The first taste of Totale Nite, "Anxiety's Door," clocks in at seven minutes, and picks right up where the last album left off with heavy romance and mid-'80s sounding gothy alt-rock vibes. You can stream it below. The drum machine is still there, for those hoping Elsner Nino would make his recorded appearance here. While I like a real drummer in the live setting, I actually really like a drum machine with this kind of music, especially the syn-toms.

Merchandise will be spending much of the spring on tour, hitting SXSW pretty hard and heading West from there. No new NYC dates have been announced, but you can check out their schedule below, along with that new song stream.