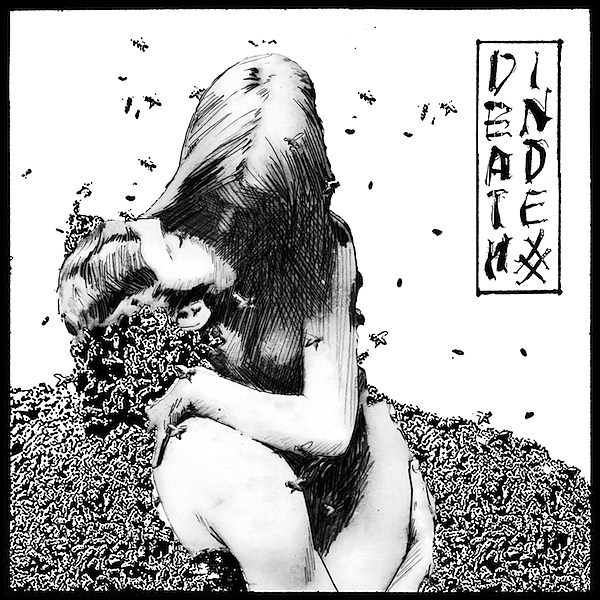 People like to talk about Merchandise's punk roots, but if you wished they sounded more punk, you're in luck. Frontman Carson Cox is now also leading the band Death Index with Marco Rapisarda (La Piovra, Sgurd, Archaic), and it's way heavier than his main band. The band's self-titled debut will be out February 26 via Deathwish (pre-order), and judging by first single "Dream Machine" and the just-premiered "Little 'N' Pretty," it's somewhere between industrial, metal, and punk. And even with that heavier backdrop, Carson's Morrissey-esque croon remains untouched. Listen below.