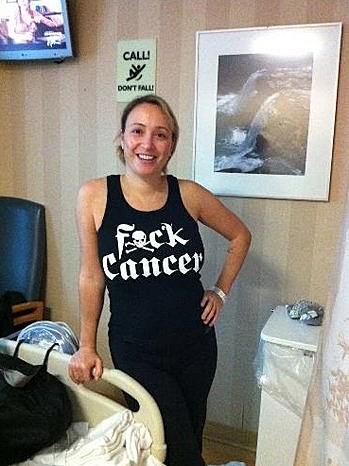 As Billboard reported, former RCA Records publicist Meredith Sue Israel Thomas (who also coincidentally was a family friend to this author), tragically passed away on Friday (12/21) after four years of battling cancer. A press release reports:

Shortly after being diagnosed with stage 4 breast cancer in the summer of '08, Meredith and her family moved back to New York City. She began an intense chemotherapy regimen and continued to endure a variety of different test therapies under the care of Memorial Sloan Kettering. Israel-Thomas began blogging through Caringbridge.org and advocating early cancer detection practices while actively fund raising for several organizations. She appeared on "Today," "Good Morning America," and in other local and national media as a spokeswoman for the cause.

The honesty and bluntness of her journaling attracted nearly 400,000 visits at Caringbridge. She studied at the Gotham School of Writing earlier this year. Her story was further spread by Facebook, the Huffington Post, the Miami Herald, AOL.com and the Daily Mail, among others. Meredith's fundraising efforts on behalf of Max Cure and the Pediatric Children's Relief Foundation's "Cookies for Cancer" brought tens of thousands of dollars to the organizations.

While working at RCA, Meredith worked with artists like Dave Matthews Band, Kings of Leon, Christina Aguilera, Lit, and Heather Headley. More recently she was working in event hospitality and food publicity but she remained well known within the music industry.

Those looking to donate money in Meredith's memory, should do so HERE.