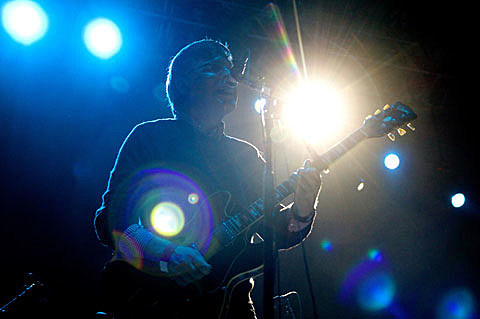 That's in addition to previously-announced performers Wye Oak, The Clientele, Destroyer, Caribou, Lambchop (performing Nixon), Neutral Milk Hotel, The Rock*A*Teens, Ex Hex, Bob Mould, The Mountain Goats, Superchunk, and The Love Language. Festival passes are sold out, but individual tickets to some of the shows are still available. Day-by-day lineups and ticket info below.

Let's hope this means Teenage Fanclub, David Kilgour, Caribou and some of the other out-of-country performers work in other dates while in the U.S. The Clientele are touring, as are the reunited The Rock*A*Teens.