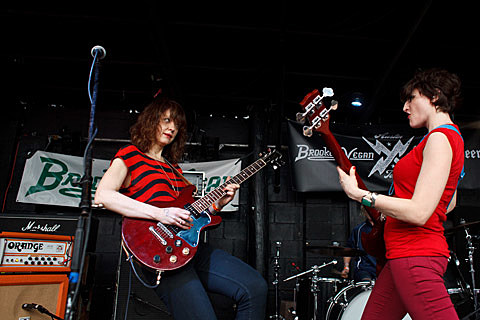 As mentioned, Merge Records is celebrating its 25th Anniversary this year, including the four-day Merge 25 festival which happens July 23 - 26 in Carrboro, NC. Merge has released the initial line-up, which includes Wye Oak, The Clientele, Destroyer, Caribou, Lambchop (performing Nixon), Neutral Milk Hotel, The Rock*A*Teens, Ex Hex, and Bob Mould. While day schedules haven't been announced events will happen at the following venues:

Full Festival Passes are $195 and will go on sale to the general public on Friday (3/21) at 11 am EST via the Cat's Cradle website. Individual tickets for the events in Carrboro will go on sale Wednesday, March 26 and the Duke University show goes on sale Tuesday, April 22.

Both Wye Oak and Ex Hex played our Saturday SXSW free day party this past weekend in Austin. Ex Hex (featuring Mary Timony of Helium and Wild Flag) put on a killer set of glammy powerpop. Pics from their performance are in this post and you can check out Wye Oak pics here. Ex Hex also have a new video for "Hot and Cold" that costars Ian Svenonius (Chain & the Gang, Make-Up, etc). You can watch that below.

Ex Hex's tour hits NYC on Thursday (3/20) at Glasslands with Household and Eula (tickets), and Friday (3/21) at Mercury Lounge with Andrew Cedermark (tickets).

Also on Friday in NYC, The Clientele play The Bell House as part of Chickfactor 22 with another Merge band, Versus and more. Tickets are still available.

This weekend in Chapel Hill, NC is the Merge 25K Road Race with finish line performances from Vertical Scratchers (who play NYC next week) and The Love Language (who play NYC in April). 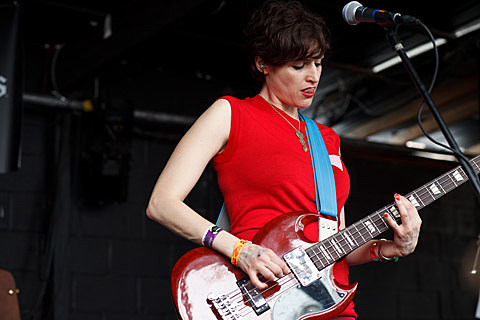 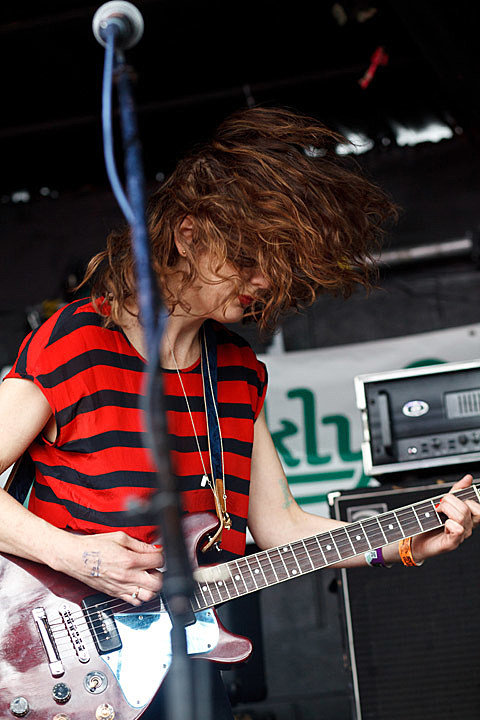 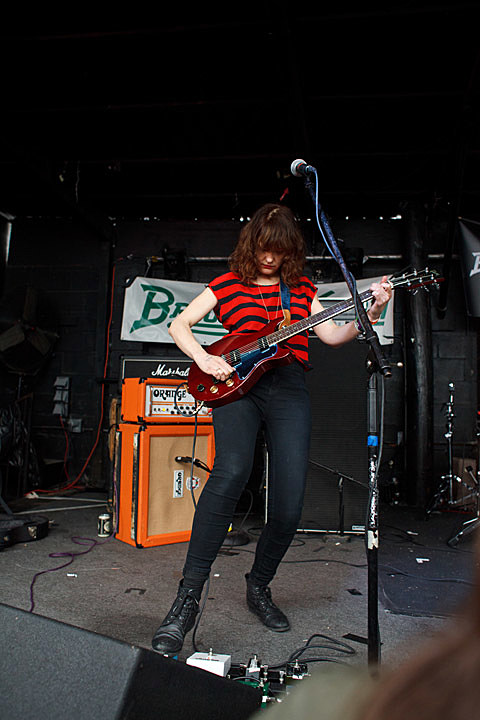 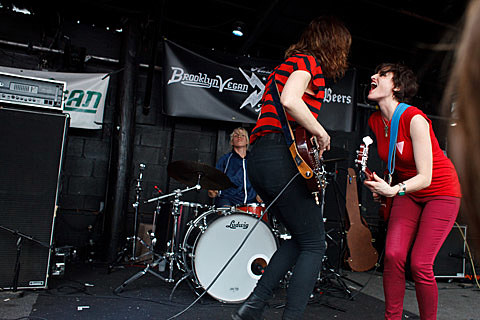 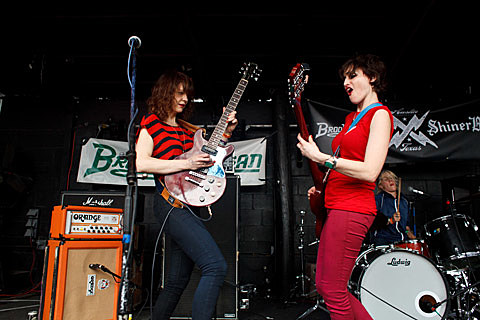 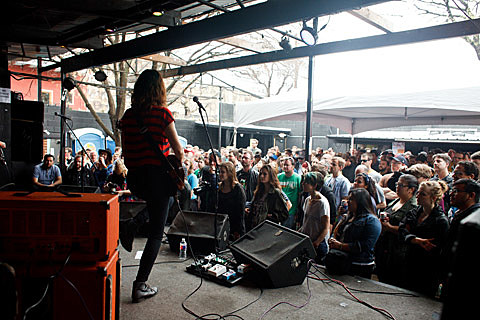 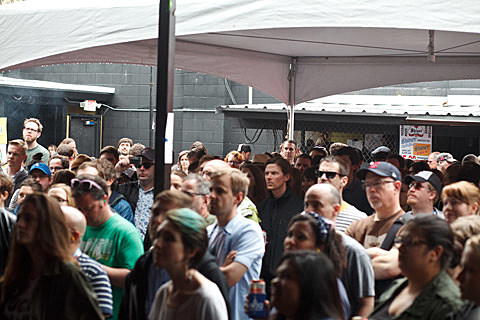 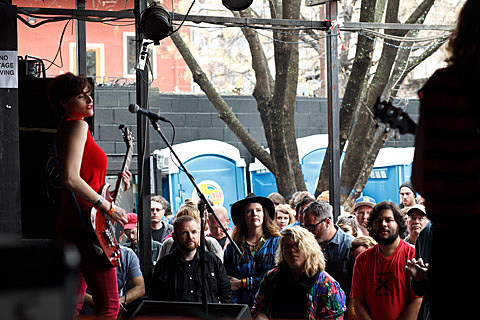