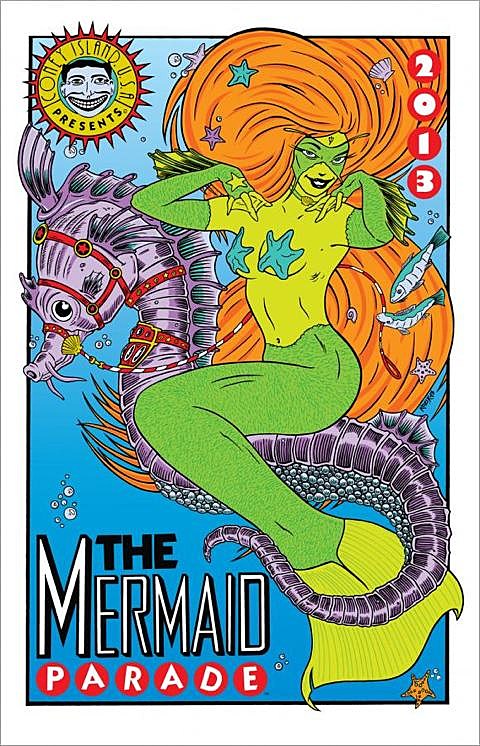 As mentioned, the Coney Island Mermaid Parade was in danger of not happening this year, due to new costly regulations and restrictions (and Hurricane Sandy). We posted already that Amanda Palmer is headlining a Save the Mermaid Parade benefit that's happening on Saturday (5/25) at Bowery Ballroom. Since we originally posted about it, the line-up of talent has expanded and now includes Mina Caputo (formerly Life of Agony singer Keith Caputo), Spanking Charlene, Beautiful Small Machines and a "rare guitar solo" from infamous film director Abel Ferrara (Bad Lieutenant, King of New York). Tickets are $25 and still available.

With things looking positive, the Mermaid Parade has announced its 2013 King and Queen: Judah Friedlander (who did a Save the Parade PSA) and Carole Radziwill (princess, journalist and Real Housewife of New York). This year's parade, assuming everything works out for them, will happen June 22 at 1 PM, beginning at West 21st Street and Surf Avenue.

In other news, Weird Al Yankovic just announced that Amanda Palmer will guest on his new album. So there's something to look forward to.