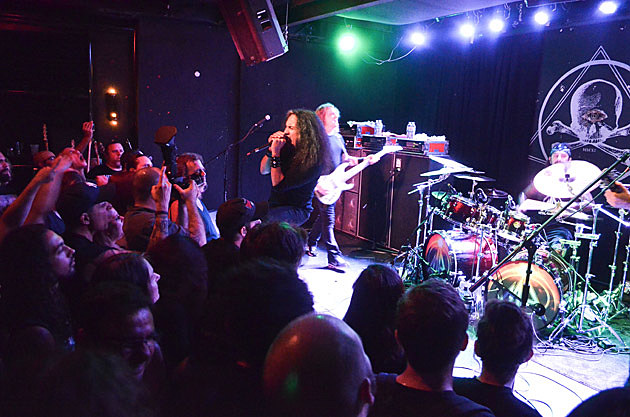 After packing the cavernous Best Buy Theater in Times Square with the most metal heads per square foot in the world probably on September 17, heavy metal supergroup Metal Allegiance surprised the metal world by adding a last minute show on Friday September 18 at the mega tiny Saint Vitus Bar in Greenpoint, Brooklyn. This intimate show was in celebration of the official release of their self-titled debut record which had dropped that day. The insane roster of talent making up the core of Metal Allegiance is something I probably dreamt up as a young headbanger in the '90s and which the metal Gods somehow made manifest; it features the great Mike Portnoy (Dream Theater, Liquid Tension Experiment, many more) on drums, David Ellefson (Megadeth) on bass, Mark Osegueda (Death Angel) on vocals, and Alex Skolnick (Testament) on guitar. (Plus non-famous member Mark Menghi.) Extinction AD and Magus Beast provided support for the gig.

For once in my life I got to the show in time to catch the two openers. Having never heard of them before seeing their names announced as openers, I checked them out online before the gig and actually dug what I heard and wanted to make sure I caught their live sets. First opener was Long Island's Extinction AD (ex-This Is Hell). Extinction AD knocked me senseless with a never-ending barrage of thrashy riffs and unrelenting heaviness that brought to mind bands like Slayer and Pantera in their absolute, tip-top prime. The amount of hooky riffs they employ per-song is prodigal and unheard of. I loved the shit out of them. Singer/guitarist Rick Jimenez was in complete beast-mode from start to finish, constantly hocking loogies and navigating his fretboard like he was trying to make it melt under his fingertips. And Jimenez was complemented by an astounding rhythm section. Though mostly hidden in a corner behind one of the guitar amps because of how much real estate Mike Portnoy's drumkit took up, drummer Mike Sciulara completely tore it up. He is an amazing drummer. Bassist Pieter van den Berg and guitarist Christian Beale were also powerhouses of noise with more talent between them than I see in most metal bands these days. They kicked so much ass and the people who didn't bother to leave the bar to catch their set are morons. It was a glorious and explosive kick-off to a sick show.

Up next were old school New York power-metallers Magus Beast. Magus Beast harken back to the old days of the NWOBHM; you know, Judas Priest, Saxon, Iron Maiden, Diamond Head, etc... Though I definitely prefer a band like Extinction AD in terms of heaviosity and aggression, Magus Beast were a really fun and super talented group of guys who, having been around since the 80s, really know how to put on a show and who approach that style of power metal with an incredible arsenal of hooks and a big sense of authenticity and reverence. From the classic metal vocal stylings to the sick shredding solos, this band made me very happy (as opposed to hella aggro). Although they aren't a band I would seek out intentionally, they were really great and a perfect segue to headlining set by Metal Allegiance.

After an intermission that included a frenzied dash to remove any and all extraneous, non-Metal Allegiance related gear from the stage, last minute tweaks to Portnoy's elaborate drum-kit, and ample monitor checks, Portnoy, Ellefson, Skolnick, and Osegueda took the stage. The gimmick of Friday's set was that Metal Allegiance would play Van Halen's self-titled album in full and then play Black Sabbath's "Master of Reality" album in full. The band kicked things off with a short set of general metal covers, including Iron Maiden's "Run to the Hills", one of my all time favorite songs ever. After that it was down to business with the Van Halen set. I will never get used to or be completely comfortable with the idea of a metal supergroup whose existence is predicated on cover tunes. It always feels cheap. But, man, when they tore into Van Halen's "Runnin' With The Devil" I was instantaneously won over and so into it. Skolnick, with an Eddie Van Halen tribute-style guitar, is probably the greatest Eddie Van Halen guitar imposter I have ever heard. When "Runnin With The Devil" segued into the guitar-solo-centric masterpiece "Eruption" which then segued into Halen's cover of "You Really Got Me," your man Klaus was 100% goosebumps and fistpumps.

After they wrapped up the Van Halen set, guitarist Skolnick pulled his hair into a ponytail, put on a blazer, grabbed a Gibson SG, and essentially transformed himself into Black Sabbath icon Tony Iommi, thus signaling the start of the Black Sabbath Master of Reality set. Again, they performed the album flawlessly. Classics "Sweet Leaf," "Children of the Grave," and "Into the Void" were complete and total masterpieces. By all accounts, the greatest forgery of two of metal's greatest albums, performed by some of metal's finest musicians.

I happened to have my crummy DSLR with it's crummy stock lens with me, so I whipped it out and took some shots during the show. They... aren't very good. More below... 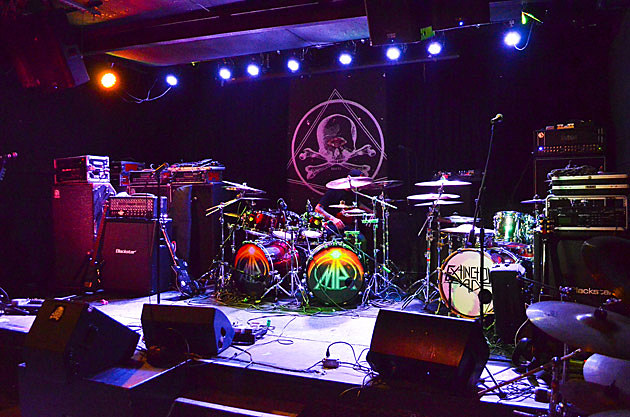 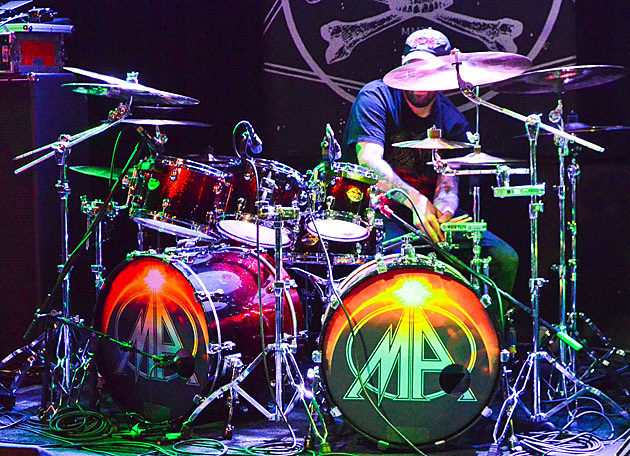 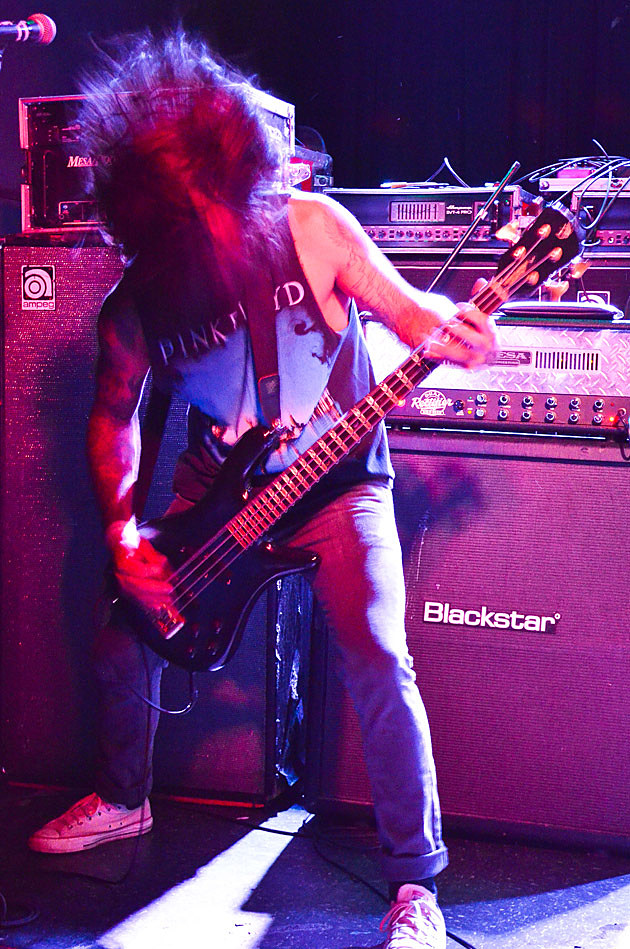 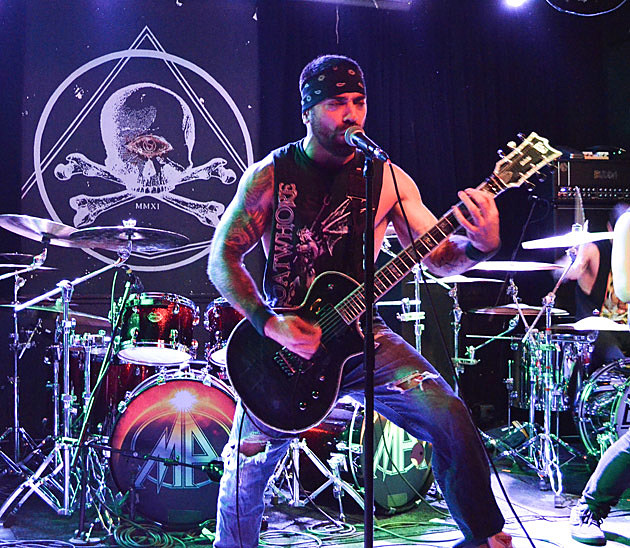 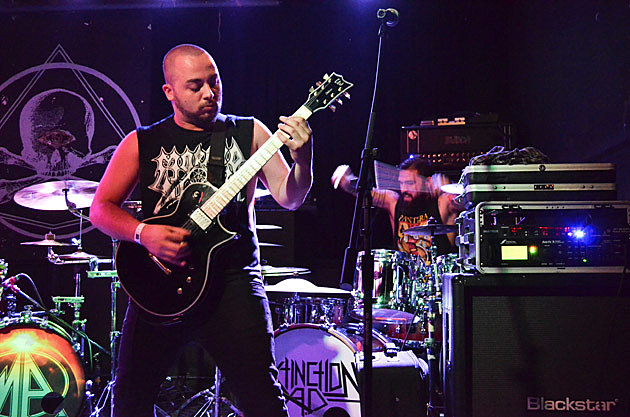 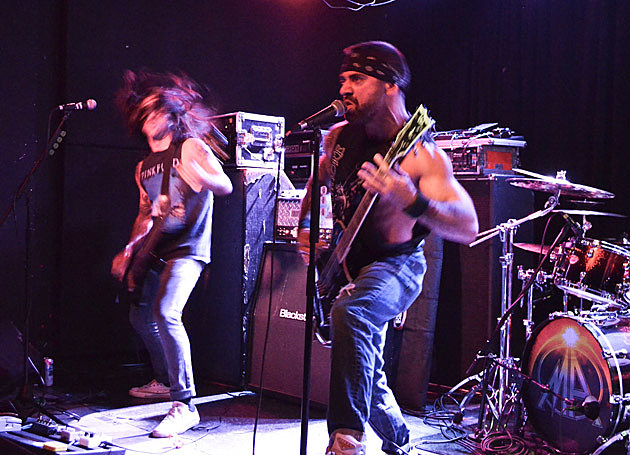 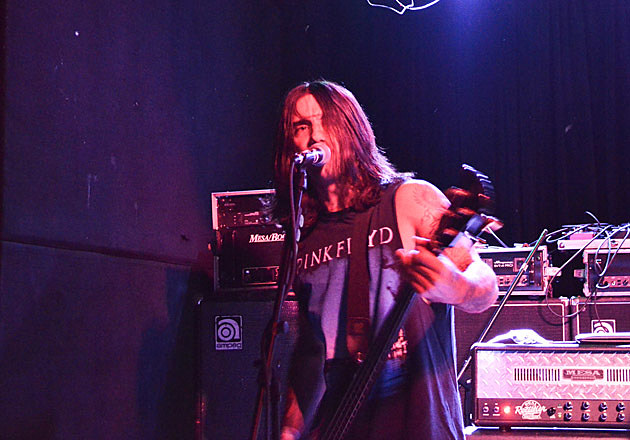 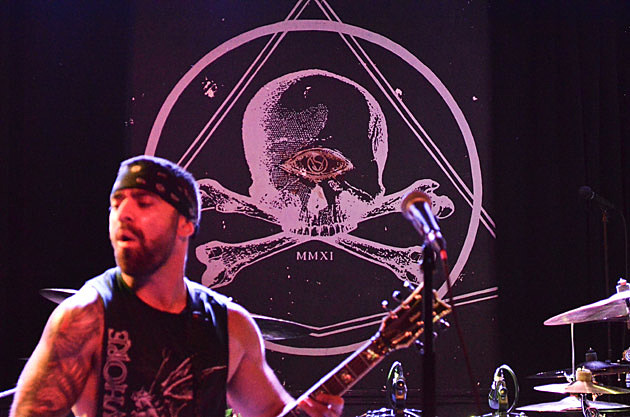 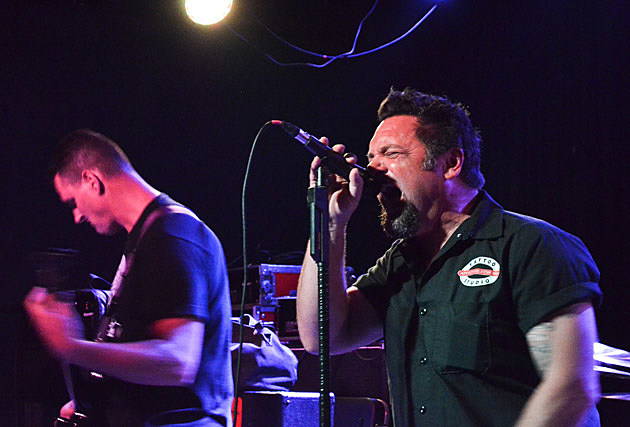 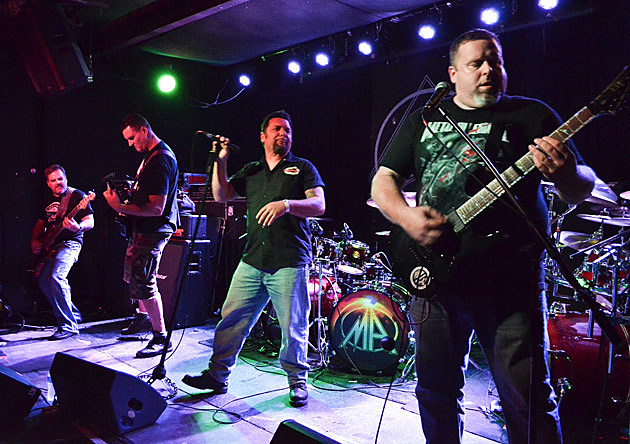 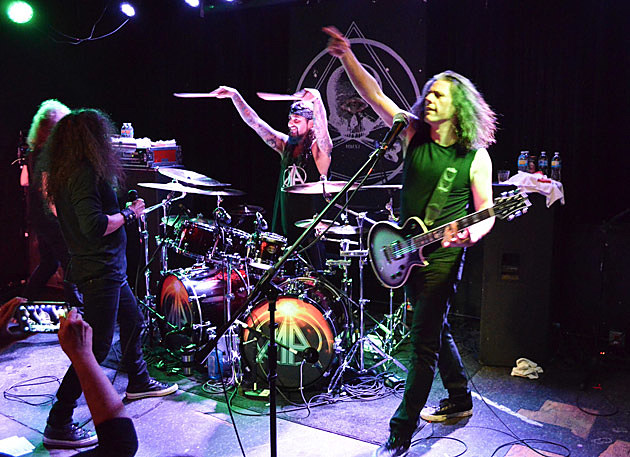 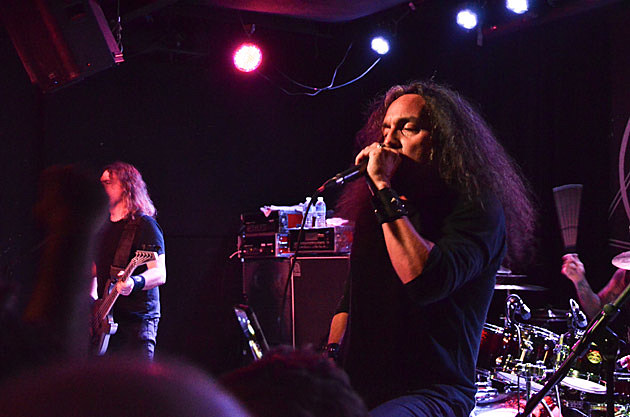 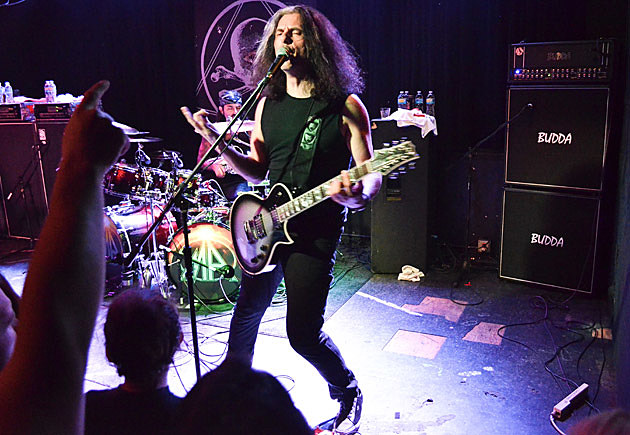 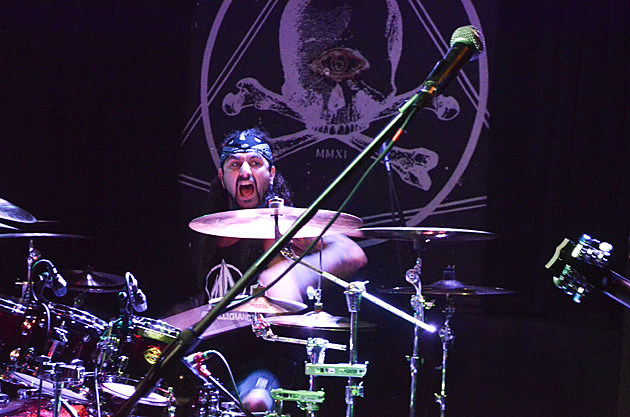 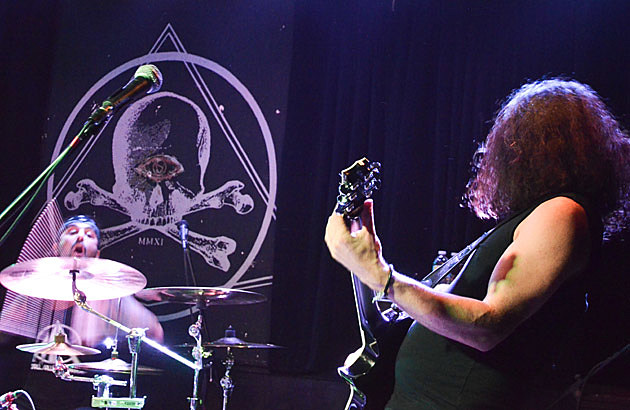 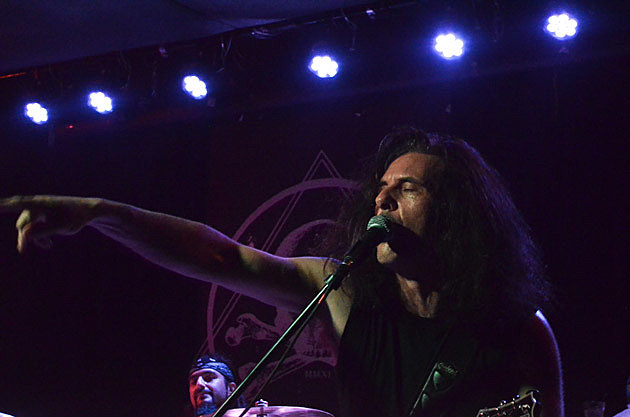 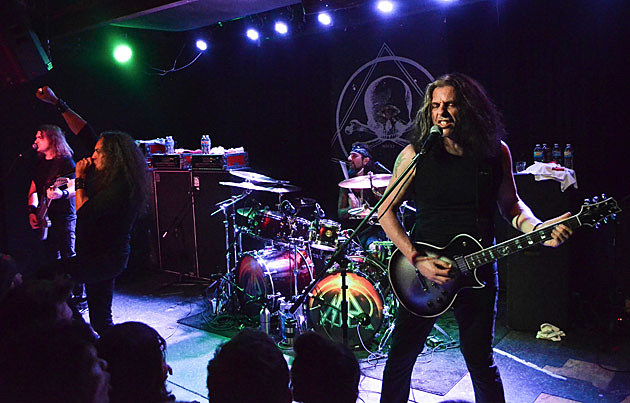 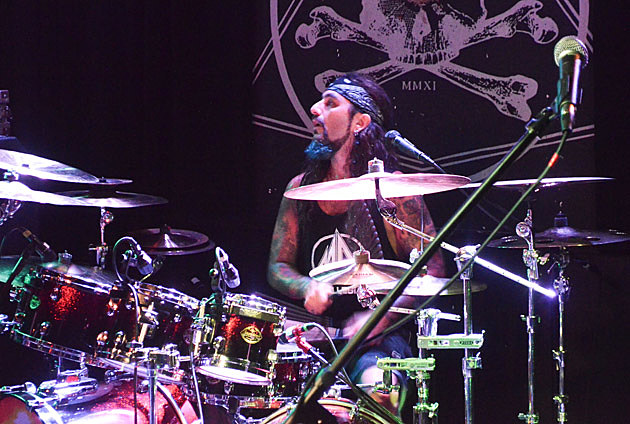 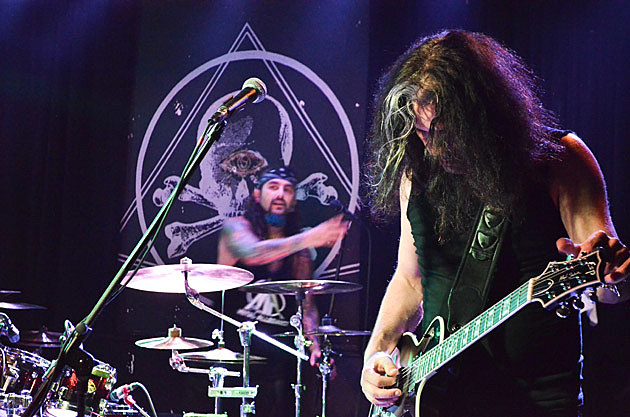 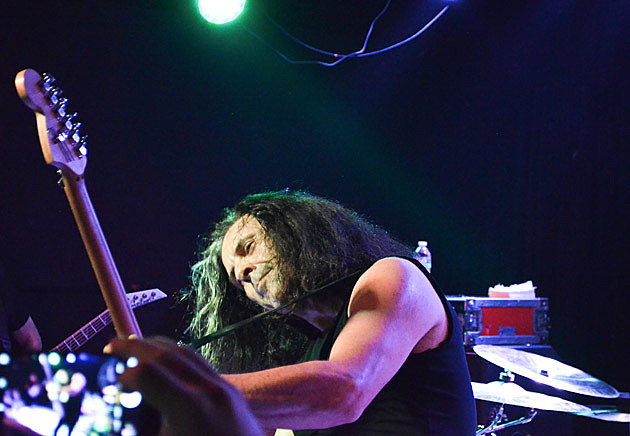 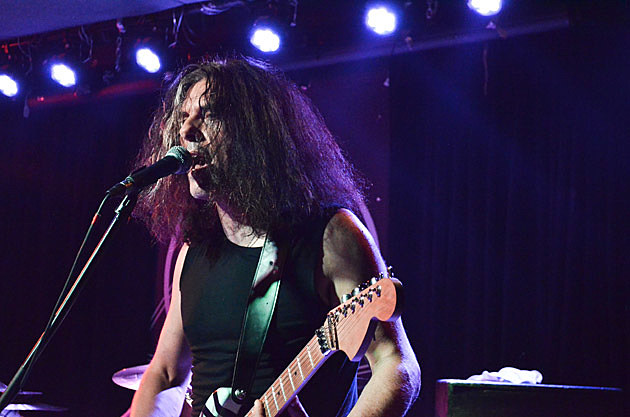