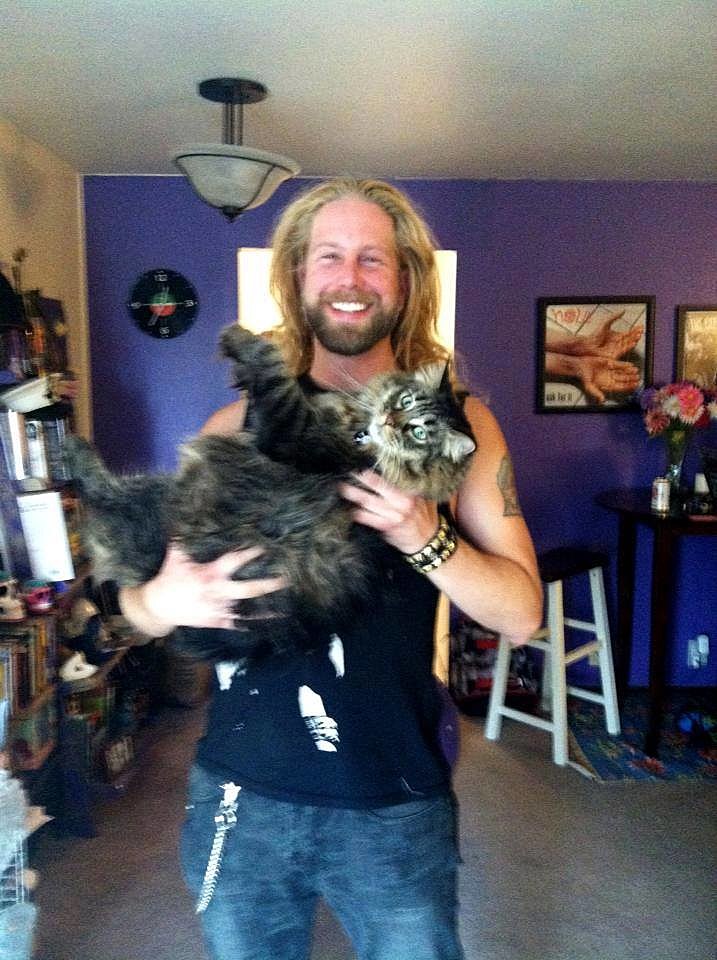 By this point, perhaps you've heard of the Metal Cats book, which is full of photos of metal musicians with their cats (Hai Doug!). With Buzzfeed, Huffington Post and more getting in on the Metal Cats rage, you know furry furor is reaching a fever pitch. The book is out now, and we scored a few unpublished photos originally intended for the book: Erik Kluiber of Gypsyhawk is above, and check out Steven Darrow of Sonic Medusa, animal activist Andrew Buchanan Carter and tattoo artist and piercer Alexander Nathan Ward with their feline friends below. Metal Cats is available to order from publisher powerHouse Books right meow.

A book release party is happening in NYC at Union Pool on May 17 with performances by gloomy experimentalist Planning for Burial, sludge purveyors Sea of Bones, doom band Belus (who just premiered a new song over on Invisible Oranges) with between-sets tunes from DJ Jake Boyle. There will also be an art exhibit, raffles (win "Catpathian Forest" prints) and vendors. Check the event's Facebook page. Tickets are $7 at the door with 100% of the proceeds going to Bobbi & the Strays, a no-kill shelter and rescue center in NYC.

Between Metal Cats and the Metal Meowlisha, the bonds between heavy metal and cats has never been stronger. More purrrfect (and unreleased) pics and flyer for the release show after the jump... 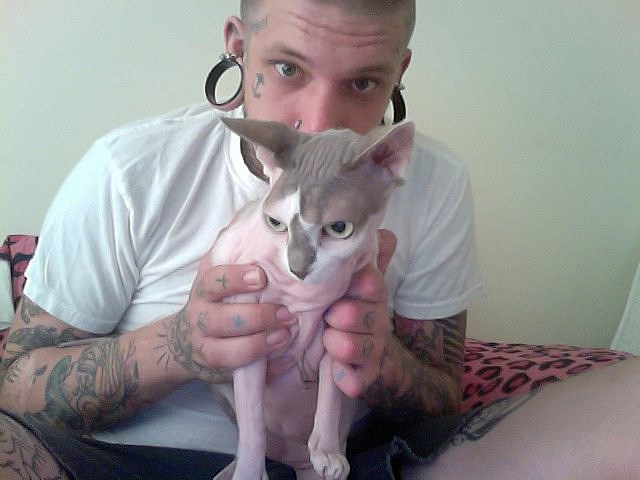 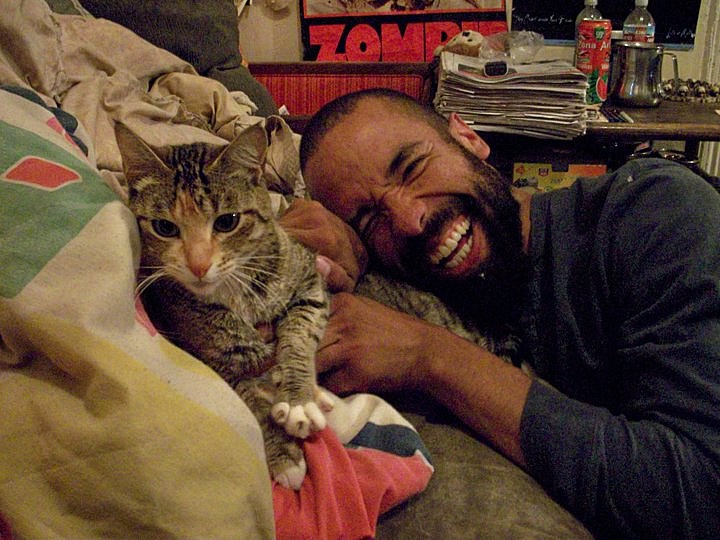 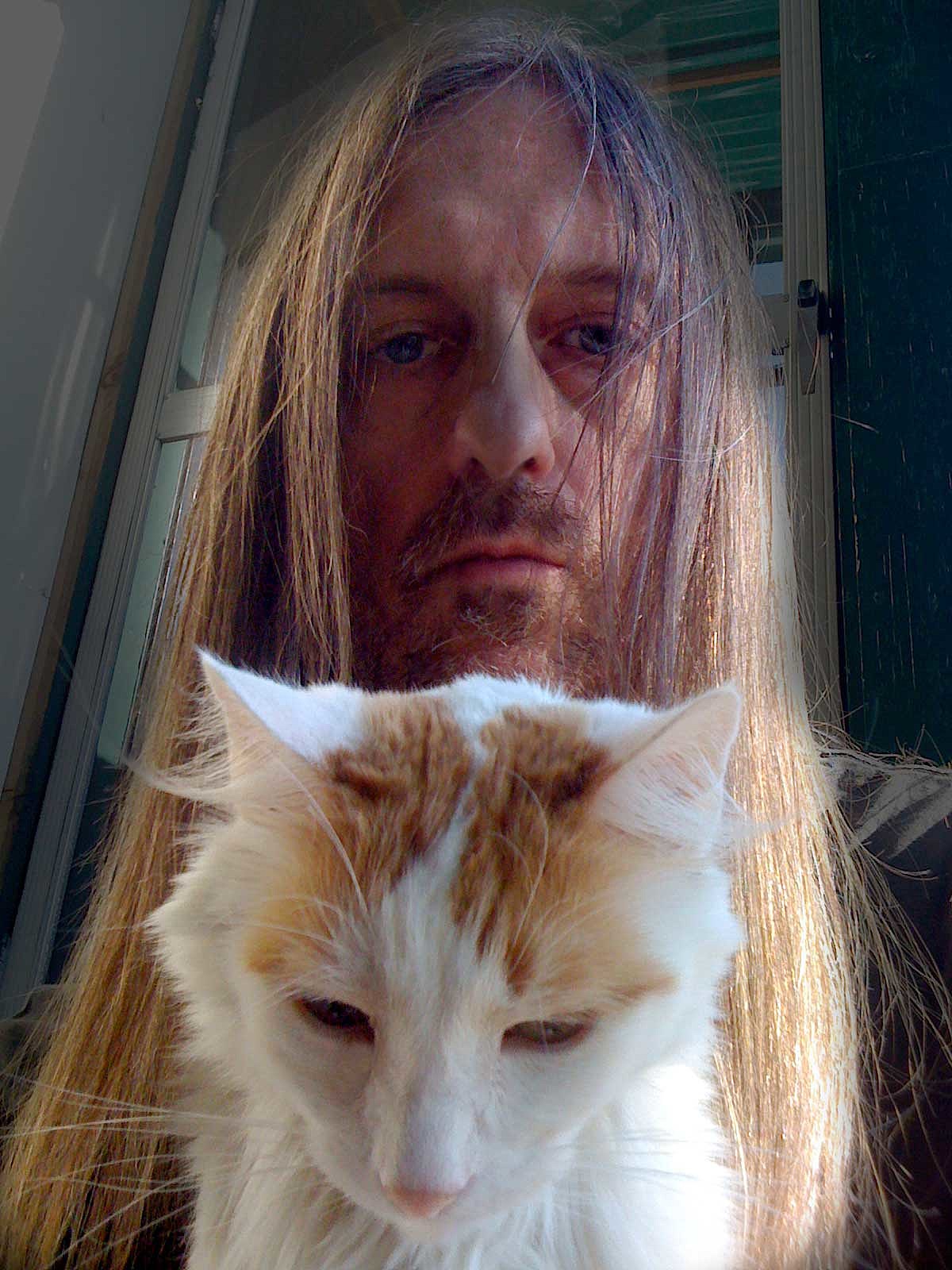 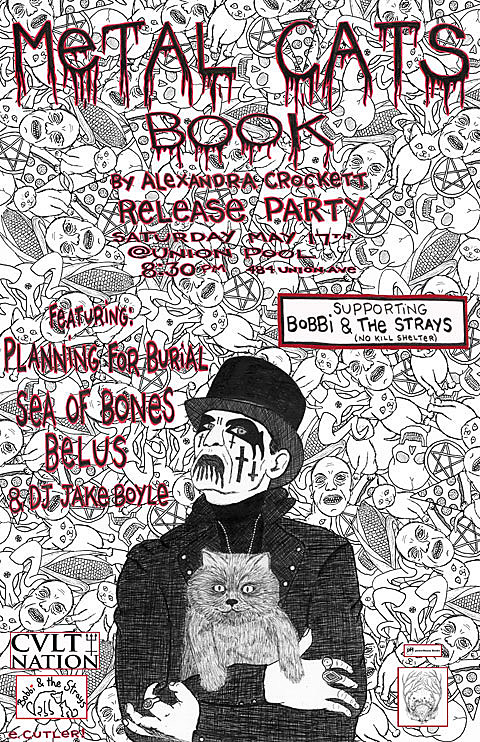