Tons of shows get announced every week, and it can be hard to keep up. Here are all the heavy music (metal, hardcore & more) tours, shows & fests that we posted on BV this week, and some new ones too...

Power metal vets Queensryche have been going strong since the '80s and released their new album The Verdict earlier this year (their third with new singer Todd La Torre). They'll hit the road in continued support of it in 2020, with stops in Florida, Texas, San Diego, San Francisco, Portland, Seattle, Denver, Detroit, NJ, Boston, and more. All dates and tickets here.

Canadian black/death metallers Antediluvian are playing Oakland's Never Surrender Fest this October, and right before that, they have an exclusive East Coast one-off happening October 18 at Brooklyn Bazaar with fellow Canadians Adversarial (who they have a great 2012 split with) and locals Bog Body.

Speaking of East Coast exclusive one-offs, California punk vets D.I. are coming here for one the Saturday before Christmas: December 21 at The Kingsland.

"Godfather of Thrash Metal" Jon Zazula (aka the founder of Megaforce Records) wrote a book, and will be celebrating said book at The Cutting Room in NYC on October 24th. From the event description:

As the visionary who discovered Metallica, Anthrax and Testament, Jonny Z fostered a metal dynasty whose repercussions are still felt today. Join us as we sit down with this metal industry legend and MegaForce Records founder to launch his new autobiography, Heavy Tales: The Metal. The Music. The Madness - As Lived by Jon Zazula. Jonny Z has released and worked with a metal who’s who including Overkill, Ace Frehley, Vio-Lence, Ministry, Blue Cheer, Venom, Mercyful Fate. S.O.D., Exciter, Manowar, Raven, KINGS-X and more.
The evening will feature an in-depth interview conducted by famed journalist Brad Tolinski. Iconic metal DJs ROCKN RAY and METAL JOE of the Old Bridge Militia Foundation will share some classic spins and Motörhead tribute band HEADMOTÖR will play a short set in homage to this metal legend. Join the party!
Jonny Z will be available to sign all books purchased that evening following the event.

Two days later, you can get Jon to sign Heavy Tales: The Metal. The Music. The Madness. even closer to his home, at Vintage Vinyl on October 26 at 2pm (Free). The book is out officially on October 29.

Winnipeg black metallers Cell are releasing their new album Ancient Incantations Of Xarbos on October 4, and you can hear its latest single -- the especially brutal "The Wailing Sea Of Emptiness" -- below this blurb. The band also began a US/Canada tour this week, and they'll land at NYC's Brooklyn Bazaar Basement on October 10 with Winter Nights and Woodland Tomb. The tour ends back in their hometown, where they'll open the Winnipeg stop of the Immolation/Blood Incantation tour. All dates here.

Swedish death metal vets Amon Amarth have begun their headlining North American tour in support of their upcoming album Berserker (due May 3 via Metal Blade), and the tour has stacked support from fellow long-running Swedish bands Arch Enemy, At The Gates, and Grand Magus.

At the Gates -- one of the most influential metal bands of our time -- meanwhile also announced a European tour where they get to headline, with support from Nifelheim and labelmates Deserted Fear. Those dates and more, HERE.

This tour also just began, and now with new Midnight music in the world.

The day before the Misfits' MSG show with Rancid and The Damned (10/19), which Glenn Danzig says will be the last Misfits show, Danzig's new "so bad it's good" film Verotika will get its NYC premiere at AMC EMPIRE 25 (10/18). More info here.

Witch Taint, aka Dave Hill's black metal band, recently wrapped up some shows and they've now added a new one happening at NYC's Mercury Lounge on November 22 with The Chris Lee Band. It's their only upcoming tour date at the moment.

Long-running riff rockers Clutch have announced their annual US holiday shows, beginning in Cincinnati on 12/27 and then hitting Asheville (with Tyler Bryant and the Shakedown), DC, and NJ, before ending in Philly on New Year’s Eve.

Life of Agony will head out on a string of North American dates in December (Starland Ballroom in NJ included), but first they're playing a Brooklyn show at Coney Island Brewery, which will be co-presented by BrooklynVegan, WSOU, and Jerry Farley. To get in to the Coney Island show, you either need to win tickets from BrooklynVegan (that’s us) or WSOU, or purchase one of the limited VIP Packages HERE Enter to win tickets along with more info and all dates, here.

Refused are supporting their upcoming album War Music on a 2020 North American tour with Youth Code on all dates, plus METZ also on the West Coast dates. 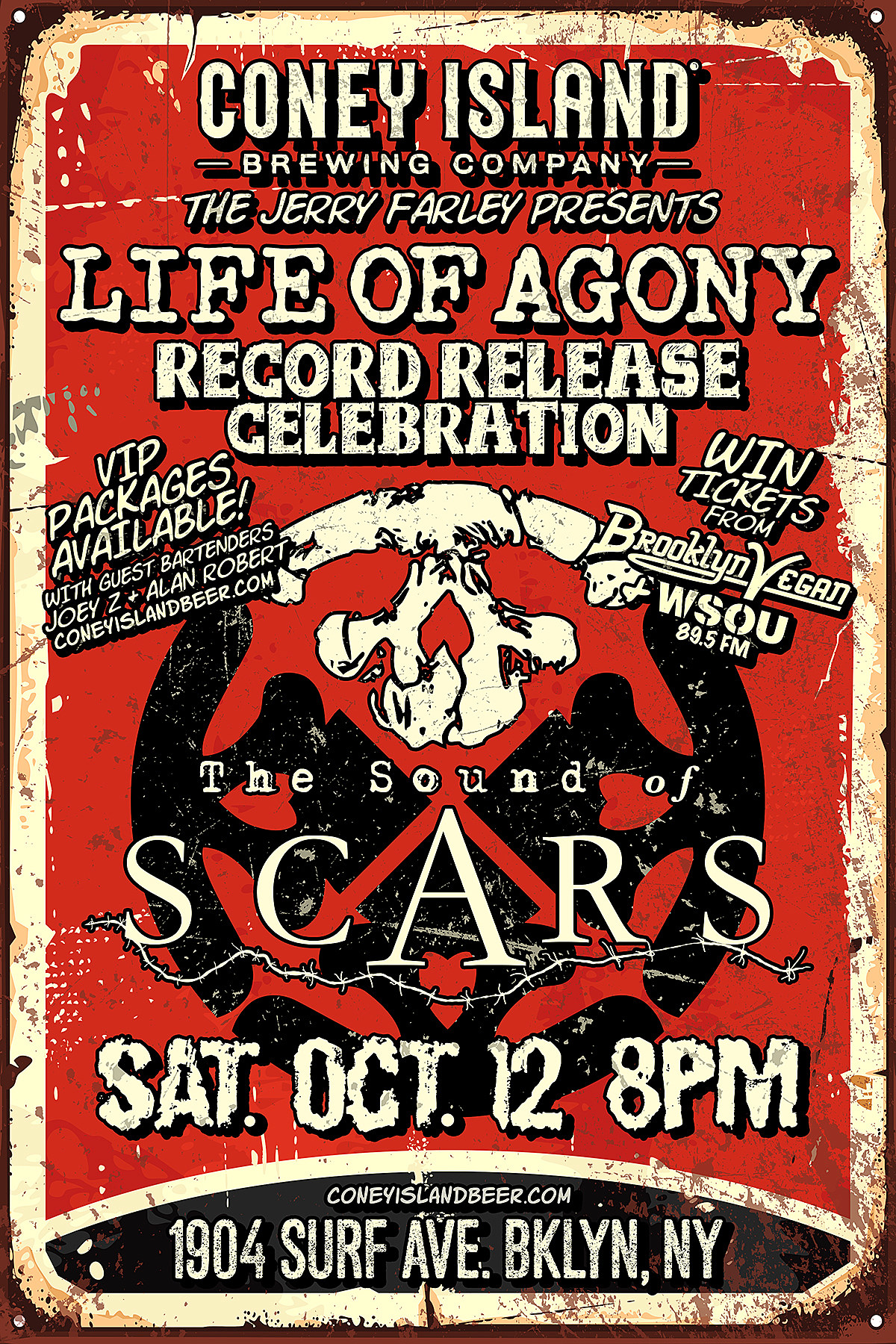