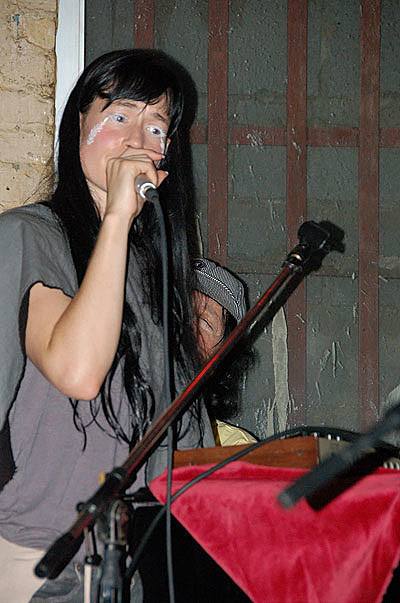 File under psychedelic-ambient-shoegaze: Metallic Falcons put on an impressive close-to-first show at Tonic Wednesday night (June 7, 2006). Seats and/or beanbags would have made the atmospheric-artsy performance more comfortable, and it was hard for the crowd not to start talking over the super-quiet often-electronic song intros, but when the music was loud enough, it was strong enough to suck me in. The style itself isn't anything new, but hearing that kind of music with the voices of Matteah Baim, Sierra Cassidy (opera-trained member of CocoRosie), and (for one song) Antony Hagerty (Antony & The Johnson) made the record-release show more than worth the $3.00 price of admission. 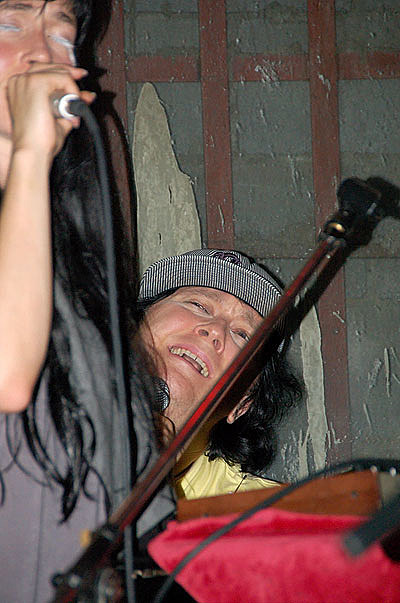 The first song started with Spleen and his bandmate Tez doing voice-beatbox-throat-stuff. They've been on tour with CocoRosie and they're playing their own show at Joe's Pub on June 13th. Sierra's sister Bianca (also in CocoRosie) isn't technically in the band, but she was on stage the whole time manning the electronics. Greg Rogrove (Tarantula) played drums. Antony only sang the one song (the one he sings on the album I think), but he stayed on stage the whole time anyway. They, and their friends in the front row, were all wearing fake white beards for most of the show. Some of those friends joined them on stage for the last song. One audience member was wearing a scary perpetually-smiling full-head mask for the whole show. I thought for sure she would be on stage at some point, but nope - she just stayed right there in the front enjoying the show - smiling, smiling, smiling... 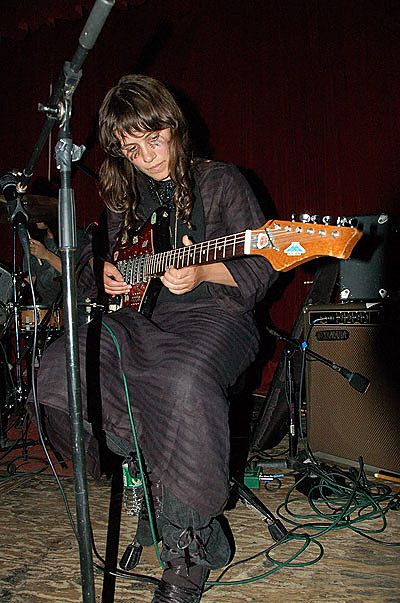 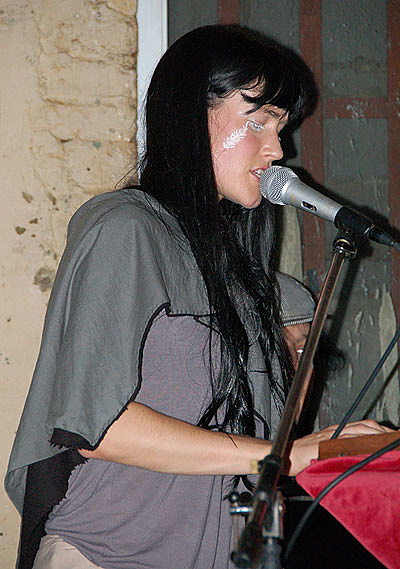 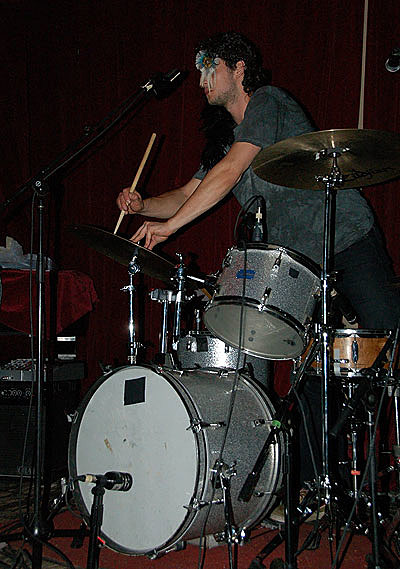 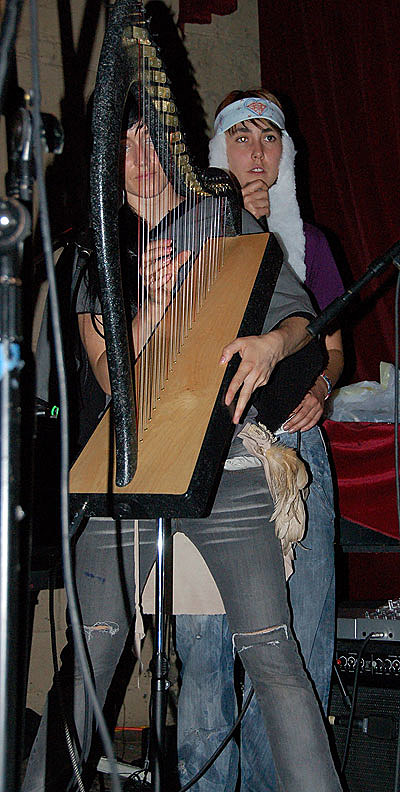 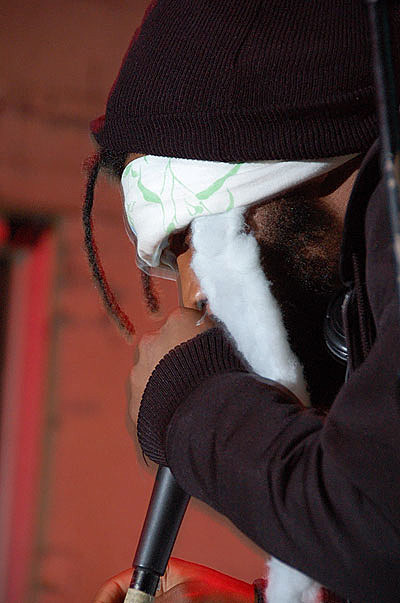