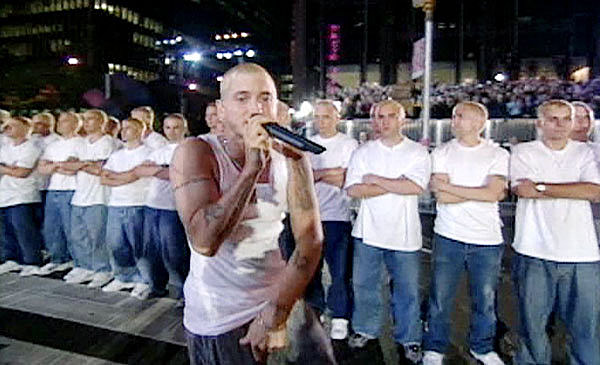 Bruce Springsteen, Eminem, Rihanna and other pop superstars will touch down on the Mall on Nov. 11 to perform in honor of American veterans and their families.

Dubbed the Concert for Valor, the Veterans Day celebration is being hosted by Starbucks and HBO, which will open up its signal to cable subscribers nationwide during a live telecast. For those hoping to see it in three dimensions, the concert will be free and open to the public.

Scheduled to begin at 7 p.m. on the grounds between the Capitol and the Washington Monument, the concert is expected to draw a quarter of a million attendees. [Washington Post]

The Boss plays a related event in NYC on 11/5 too.