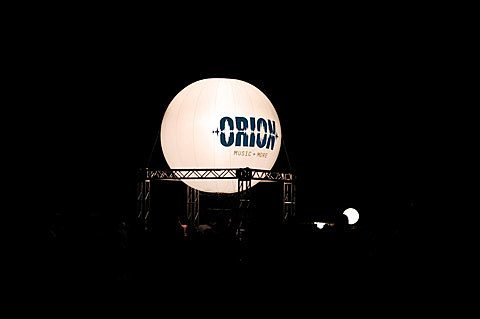 Metallica debuted their Orion Music & More festival in Atlantic City this year, which saw the legendary thrashers playing two of their albums in its entirety while a lot of indie/alternative rock bands (and also other metal bands) played throughout the day. The festival was great and we were excited to hear they'd be doing it again, however it's not going to be as close to NYC this time. They just announced that the 2013 festival will go down in Detroit, Michigan on June 8 and 9. More details TBA this February.