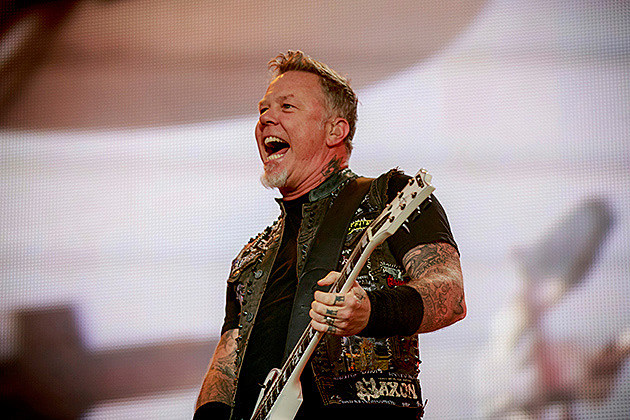 The Super Bowl celebrates its 50th edition this year on February 7 at Levi's Stadium in Santa Clara, California. The halftime entertainment for the "Golden Super Bowl" hasn't been announced yet (Maroon 5 are the oddsmakers' favorites) but they have announced this year's now-annual "The Night Before" concert which happens February 6 at San Francisco's AT&T Park. Metallica are headlining and with openers Cage the Elephant. Tickets go on Citi presale on 11/4 at 10 AM Pacific, Giants season ticket-holder and Live Nation presale on 11/5 at 10 AM, and on sale to the general public on 11/6 at 10 AM.

In an interview video with radio jocks Lamont And Tonelli, Metallica drummer Lars Ulrich says getting to play this Super Bowl related show is a "huge honor." Check that out, and a commercial for the Day Before show, below.

In other large-scale, SF-based show news, The Decemberists, who have a new EP out and just played ACL Fest, are playing a big New Years Eve show at The Masonic with Thao and the Get Down Stay Down, and tickets for that one are already on sale.