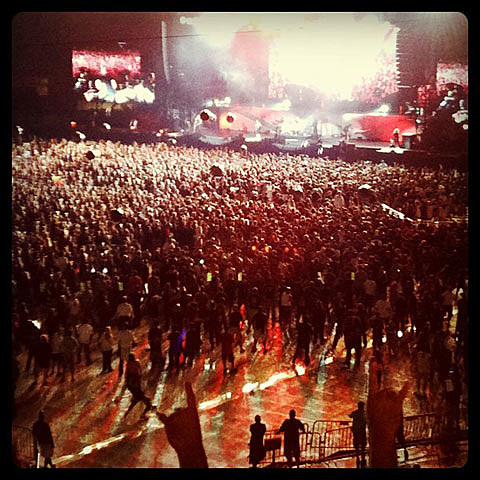 As Blabbermouth points out:

The highly anticipated onstage performance of the "Big Four" bands at the same time happened near the end of METALLICA's set, between "Enter Sandman" and "Battery". Members of ANTHRAX, SLAYER, MEGADETH and EXODUS (whose guitarist, Gary Holt, is still filling in for an ailing Jeff Hanneman of SLAYER) joined METALLICA on stage for a cover of MOTÖRHEAD's "Overkill" before METALLICA ended the night with "Seek & Destroy".

Pictures from the whole night coming soon. Video of "Overkill" and Metallica's setlist below...

--
The Big 4 at Yankee Stadium Jam on Motorhead's Overkill