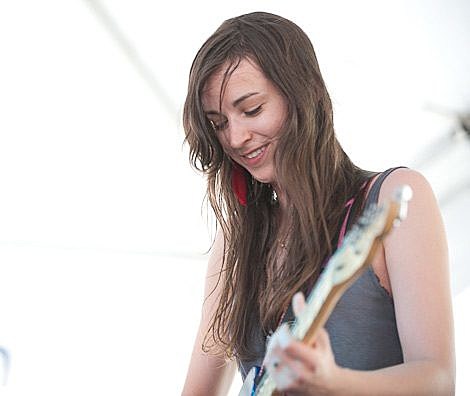 Metric will headline a free Celebrate Brooklyn show at the Prospect Park Bandshell on August 5th. Openers for that date are fellow female-fronted groups Holly Miranda and Joan as Policewoman. The show joins a summer lineup of free entertainment that also includes The Swell Season and The Low Anthem. All shows listed HERE.

Way before that, May 16th to be exact, you can catch Metric at Terminal 5 in Manhattan (tickets are still on sale). It's the first of four dates the Canadian band play with Bear in Heaven. Those dates are below. In October Metric will be in the NYC area as part of their tour with Muse.

Joan (as Policewoman) doesn't really have any other shows coming up, but you may have just caught her at the Truck America Fest over the weekend in the Catskills.

You can catch Holly Miranda soon too though. She plays her own headlining show at Bowery Ballroom on May 26th. Tickets are still on sale. Grooms and Class Actress are opening that show. Those at Stony Brook University can catch Holly this Thursday night (5/6). All dates below....