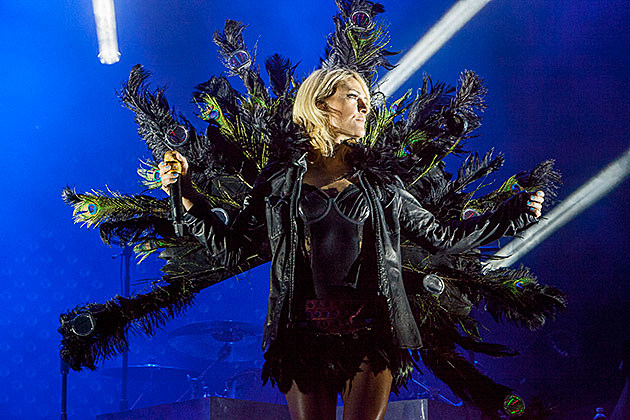 Canadian indie pop band Metric released their new album Pagans In Vegas earlier this year, but their tour in support of it was unfortunately an opening slot on Imagine Dragon's tour. Luckily they're now set to go on their own headlining tour in 2016. Support comes from Joywave.

The tour hits NYC on March 11 at Hammerstein Ballroom. Tickets are on artist and Citi presale now. Live Nation/Ticketmaster presales start Wednesday (11/18) at 10 AM and the general on-sale starts Friday (11/20) at 10 AM.

They've also got a new video out today for "The Governess" off their new album. You can check that out, with the list of tour dates, below...