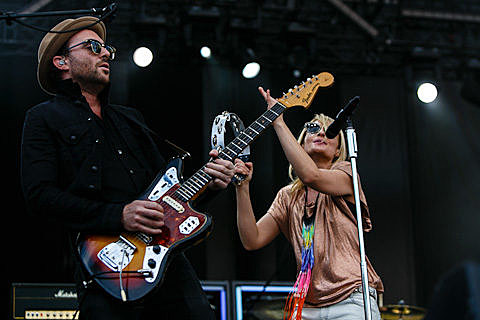 As mentioned, Metric will release their new album, Synthetica, next week (6/12). They're now streaming the album in full a week ahead of its release and you can check that out below. Metric will also be celebrating the release with three intimate shows including one in NYC on June 13 at Music Hall of Williamsburg. According to a press release, tickets for the show will not be available to the public but details on how to obtain tickets will be announced later this week on ilovemetric.com. Metric will also make their debut appearance on the outdoor stage at Jimmy Kimmel Live on June 21.

The band's previously discussed full tour in support of the album kicks off in September and comes to NYC for a show at the much larger Radio City Music Hall on September 23. Tickets for that show are still available.

A list of updated dates and the Synthetica album stream below...