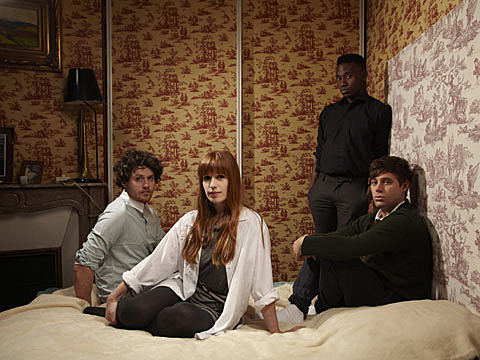 As you may have read, Metronomy is playing Hudson River Rocks on July 28. This will be the band's first NYC show since playing Union Hall back in 2008.

Back then, Metronomy had just released their second album, Nights Out, which ended up topping my 2008 Albums List. A fair ammount has changed since then. Joseph Mount has turned Metronomy from a pseudonym for his music/remix work into a full-fledged band, including Oscar Cash -- who has been in the live band for a while -- bassist Gbenga Adelekan and drummer Anna Prior. Former touring guitarist Gabriel Stebbing left the group last year to concentrate on his own group, Your Twenties, whose debut Mount is producing.

This new version of Metronomy made the band's third album, The English Riviera, which will be their first to get a proper American release. It's out now digitally and will be on CD/LP July 26 via Atlantic subsidiary Big Beat. The new record retains Metronomy's slightly askew, claustrophobic sound while broadening its scope. There's glammy funk ("We Broke Free," the Roxy-ish "She Wants"), a guitar pop ("Everything Goes My Way," a duet with Roxanne Clifford of Veronica Falls), waltz-time ballads  ("Trouble"), and more typical Metronomy-style twitchy disco ("The Bay," "Corrine."). It's also got one of the 2011's best singles, "The Look," the video for which is below.

Also below is a widget that'll let you download "She Wants" for the price of your email address, as well as the song's truly head-spinning video.

Metronomy are also playing Los Angeles on their trip here this summer (July 30 at the Echoplex) and I'm hearing might be back for a proper North American tour in August. The old live version of Metronomy were pretty fun -- stick-it-and-click-it lights on their chests for a home-made light show -- but I look forward to seeing them with a proper rhythm section.

Videos and that download widget, plus The English Riviera artwork and tracklist, are all below. 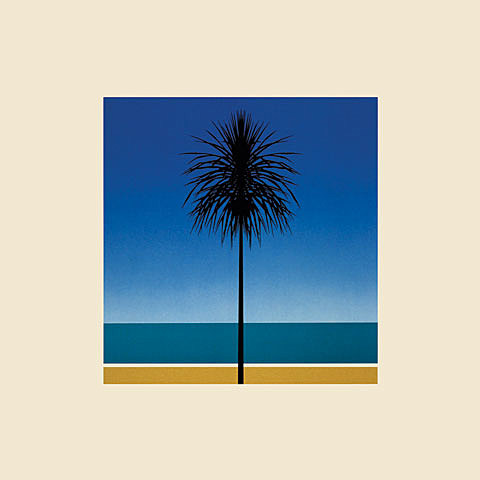