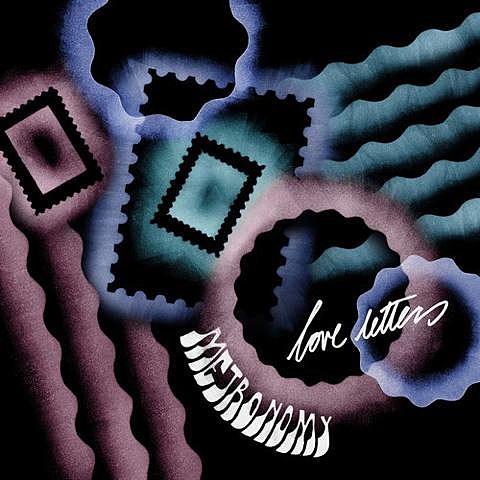 We're about six weeks out from Metronomy's fourth album, Love Letters, which hits the public on March 11 via Elektra/Because. You may remember that the new album was made at London's famed Toe Rag Studios on analogue tape with little or no help from computers/sequencers. You really get a sense for what this could mean for the new album with its title track, which Metronomy just posted for streaming. Driven by a pounding piano line, it's more like something The Kinks would've done in 1971 or perhaps Bowie or ELO. You can stream it -- and watch the video for "I'm Aquarius" -- below.

Metronomy will be in NYC early next month for the BrooklynVegan presented show at Music Hall of Williamsburg on February 5, their only current North American date. That show is sold out but we're giving a pair away. Details below.

======================
For a chance at winning a pair of tickets to see METRONOMY AT Music Hall of Williamsburg: either tweet something that includes both @BrooklynVegan AND "METRONOMY" in the tweet, or send an email to BVCONTESTS@HOTMAIL.COM with the subject line "METRONOMY". Include your first and last name in the email. We'll pick a winner at random and contact them with more details. If you enter by email, it will not be shared with anyone else. Good luck!
======================