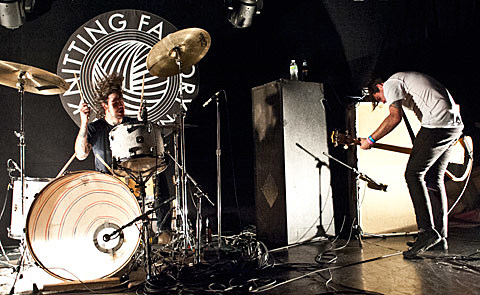 As mentioned, Toronto noise punks METZ have two upcoming free shows in NYC this month. First they'll play an in-store at Generation Records (12/18) and the next night, they'll play a Converse Rubber Tracks show at Music Hall of Williamsburg (12/19) with King Tuff, Sean Bones, and Devin. Tickets are required for the MHOW show (they just don't cost anything) but they're "sold out." However, if you missed out on getting yours, we're giving away a pair of VIP tickets. Details on how you can enter to win are below.

METZ recently stopped by BreakThruRadio to record a live-in-studio performance at the Serious Business studio and also sat in with BTR's Travis Harrison for an interview. You can watch a video of that session below. 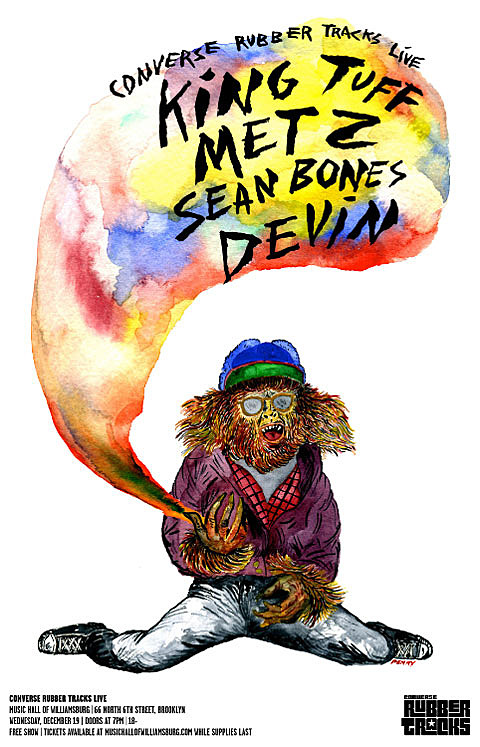 ======================
For a chance at winning VIP tickets to the Converse Rubber Tracks show at Music Hall of Williamsburg with King Tuff, METZ, Sean Bones, and Devin: either tweet something that includes both @BrooklynVegan AND "KING TUFF" in the tweet, or send an email to BVCONTESTS@HOTMAIL.COM with the subject line "KING TUFF". Include your first and last name in the email. We'll pick a winner at random and contact them with more details. If you enter by email, it will not be shared with anyone else. Good luck!
======================