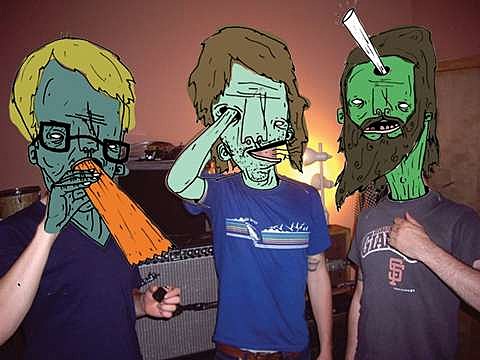 Toronto's pummeling post-punks METZ have signed with Sub Pop who will release the band's self-tiled debut album on October 9. You can watch a short video preview for the album at the bottom of this post. The band play NXNE tonight in their hometown but will be playing some shows below the border later this summer, including West Coast dates with Archers of Loaf, and a few East Coast shows on their own, including two stops in NYC: August 31 at Pianos and September 1 at Death by Audio. All tour dates are listed below.

If you haven't heard the band's intense, precise racket yet, here's what I wrote back in April:

These guys make blazing, spazzy noise rock, reminiscent of Brainiac, the roster of Amphetamine Reptile, or McLusky. They're pretty excellent in their din, with enough form and hooks to grab hold of too. The band only have a few singles under their belt (all of which you can stream/download for free at their Bandcamp) but their debut album is in the can waiting for some lucky label to release it.

METZ's blazing, spazzy noise rock will make a fine addition to the Sub Pop roster (and probably would have 20 years ago too). You can still get those early singles from their Bandcamp, one of which is streaming below.