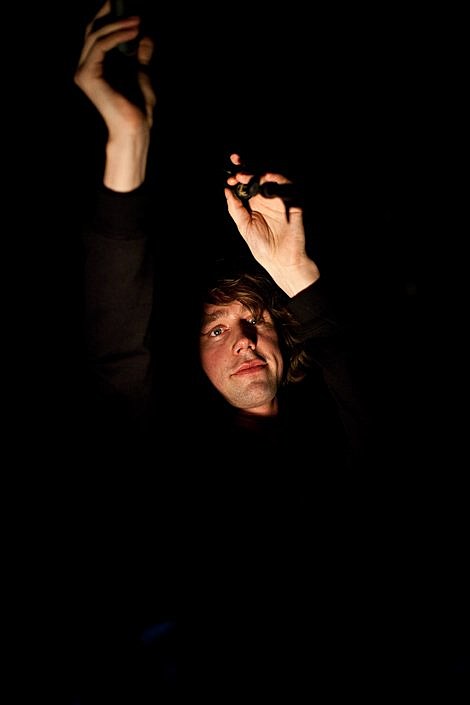 Webster Hall seemed a perfect fit for the Danish band Mew on Friday night (12/4). With songs that require so much space to swirl about, the venue was better suited than their show at the Music Hall of Williamsburg in the summer. All the wondrous video projections were back though the set list changed around from their last visit. Unfortunately, gone was the opening one-two punch of "New Terrain"/"Introducing Palace Players" (that lead off their new record, No More Stories...) and worked to perfection at MHOW. "Terrain" made an edited, stripped down appearance during a medley midway through the show. "Palace Players" was arguably the highlight of the night, sandwiched into a flurry of sprawling rockers including "Special" and "Am I Wry? No". The wandering intro gave way to the Flaming Lips-like choral arrangement (reproduced via synth live) before dropping into a back and forth between Bo Madsen's jagged guitar riff and Silas Utke Graae Jørgensen's pulsing back beat, which held the song up for the briefest of moments, before the bass launched the song forward and it was on from there. Lead singer Jonas Bjerre's falsetto was clear and pitch perfect during the intro to "Sometimes Life Isn't Easy" (complete with school children's choir projected on screen behind them) after the instrumental "Reprise" turned intro for the beautiful, mid-tempo "Silas The Magic Car". "Louisa Louisa", "A song we haven't played in a couple of years or something," Madsen told the crowd, finished off the show.

Editor's note: Part of me knew I was in a venue more suited for Mew (as Dominick pointed out) than the smaller Music Hall of Williamsburg - the massiveness of the crowd and strobes even made it seem all the more epic, but as someone who got there just in time for the headliner (aka I was stuck all the way in the back of the packed venue and/or peering over people's heads in the balcony), I was longing for the more intimate and focused experience I had at Music Hall.

Bear in Heaven opened the show. Echo & the Bunnymen's Ian McCulloch played a set in the same building on the same night. More pictures from Mew (with the setlist) below... 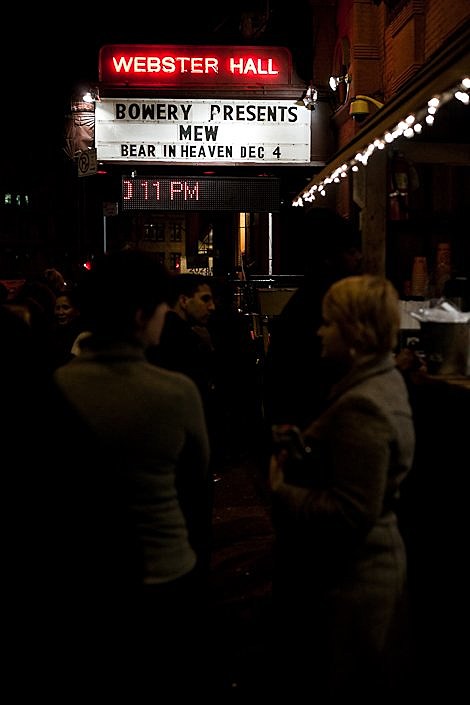 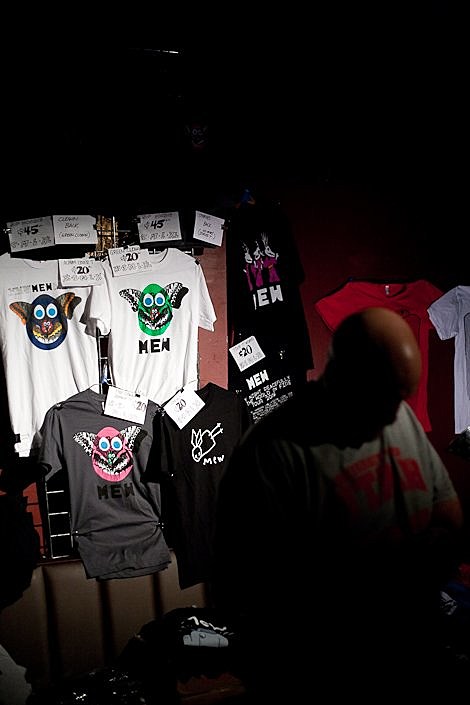 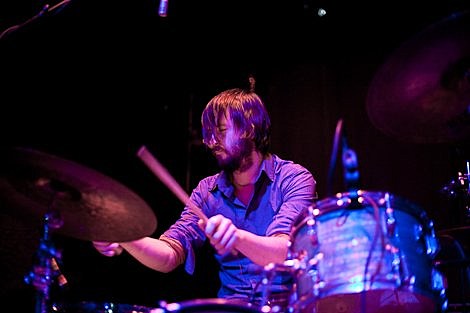 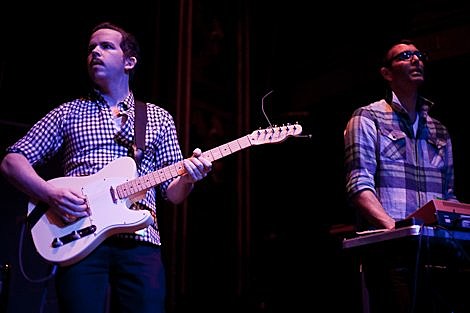 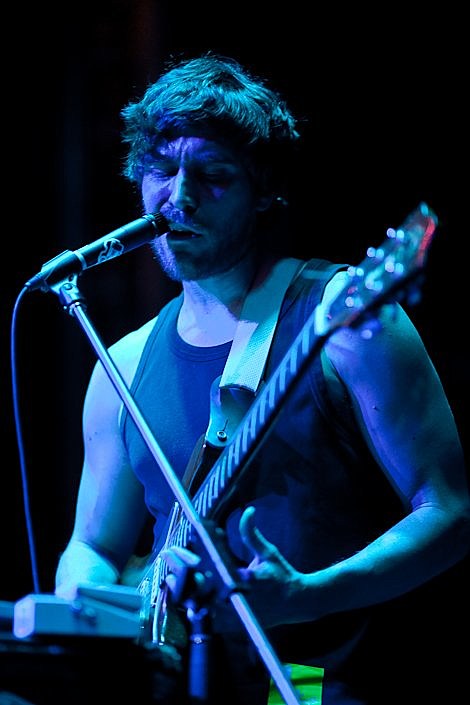 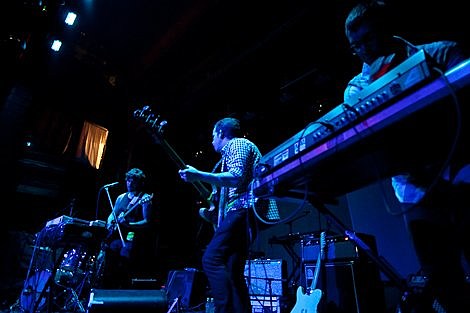 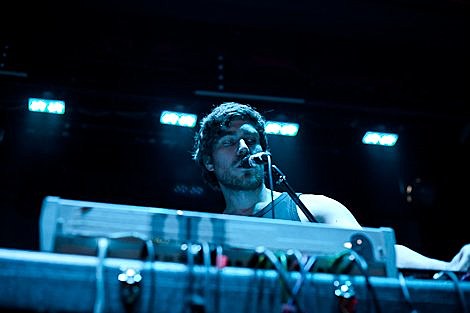 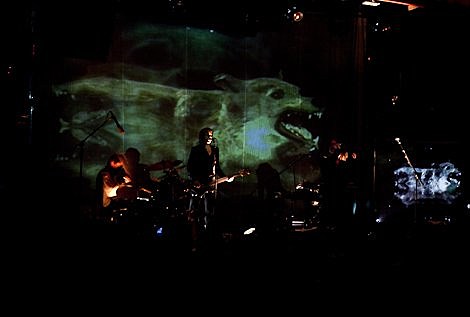 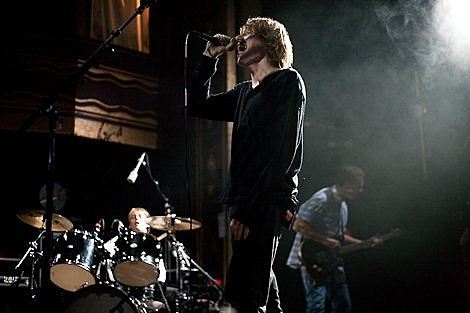 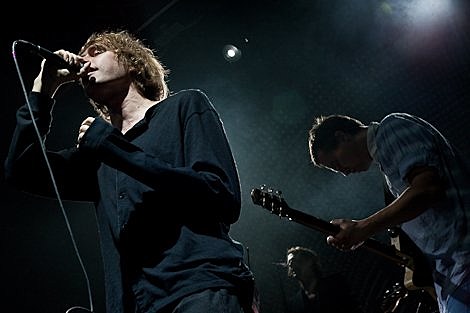 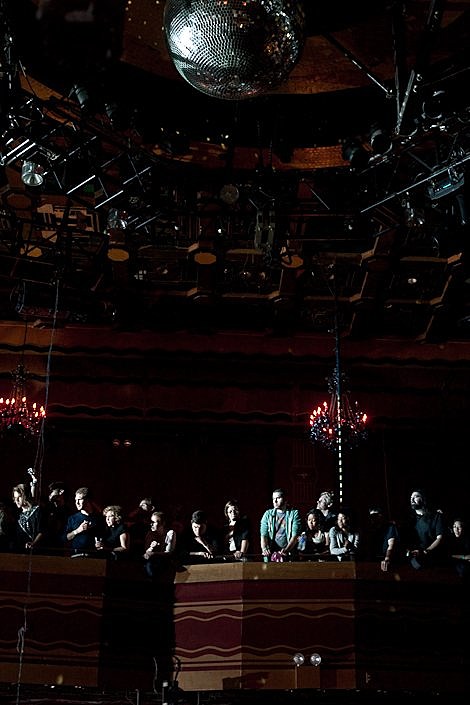 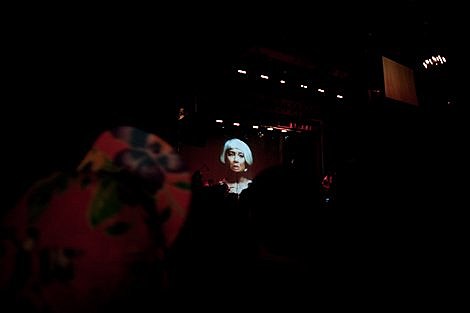 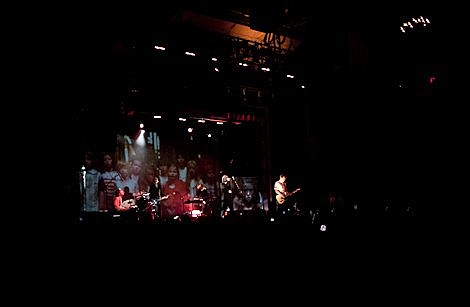 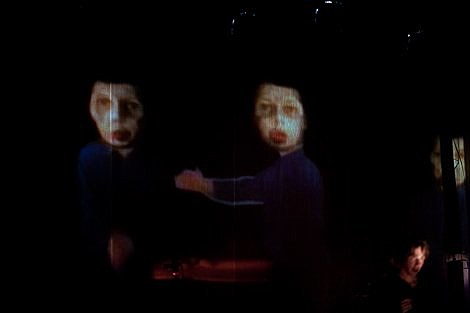 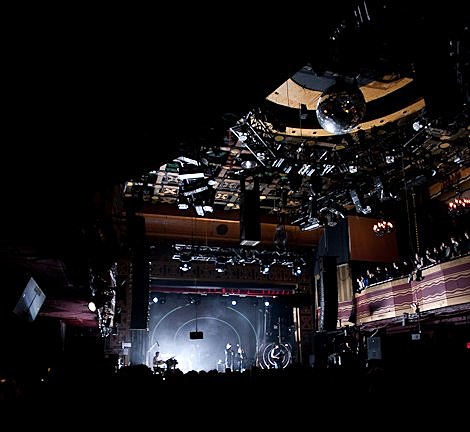 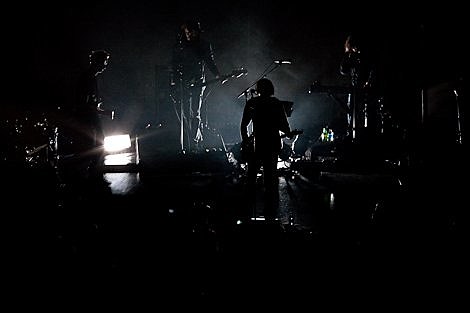 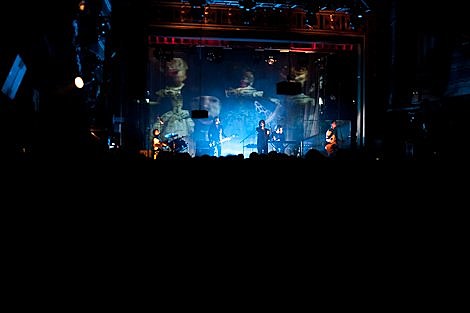 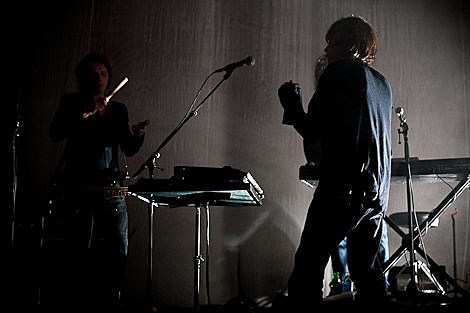 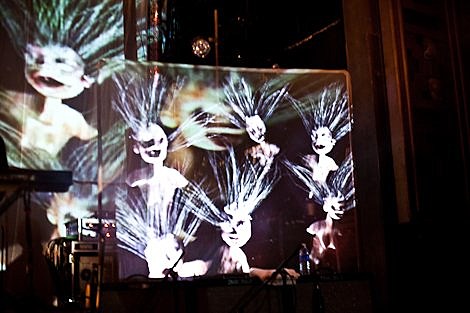 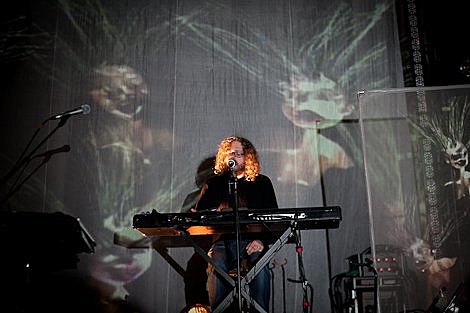 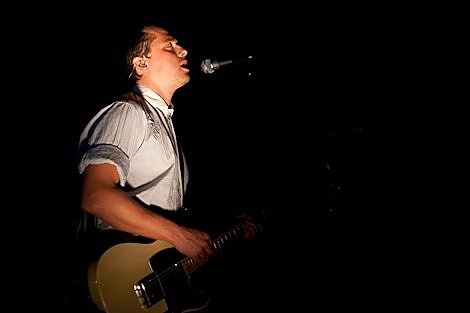 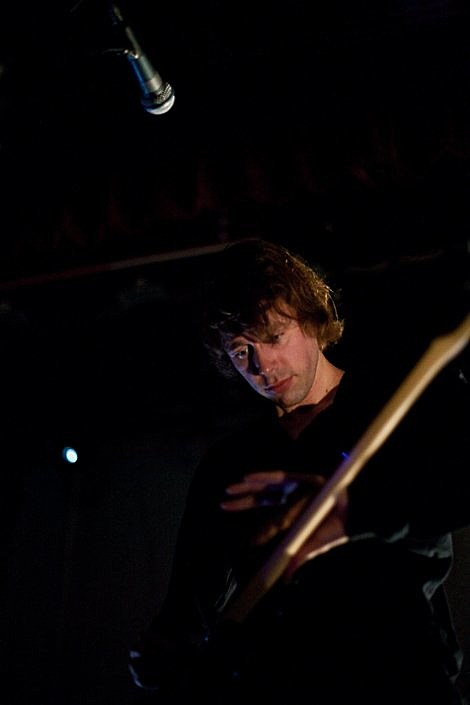 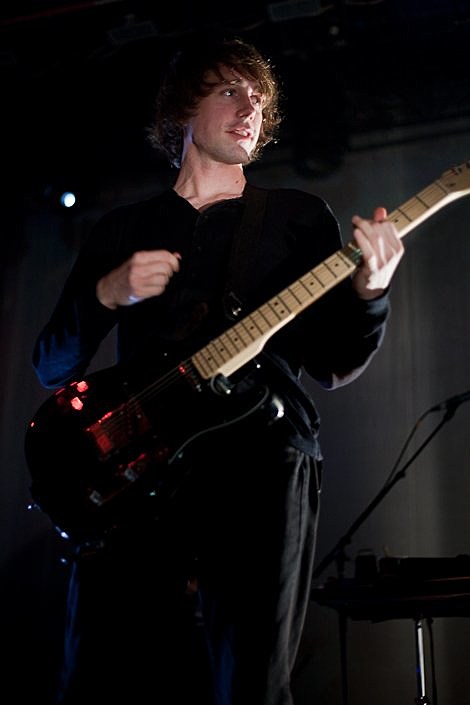 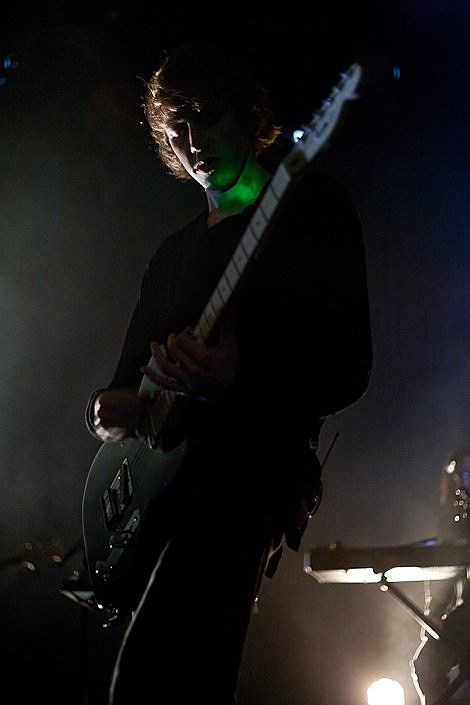 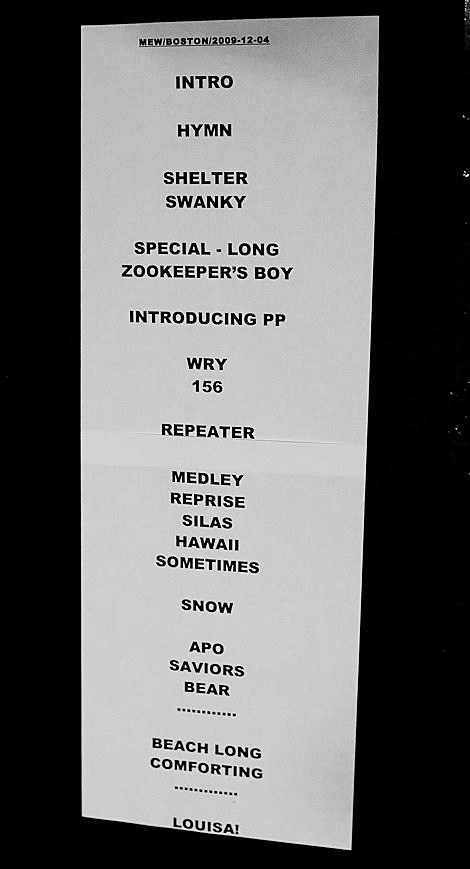