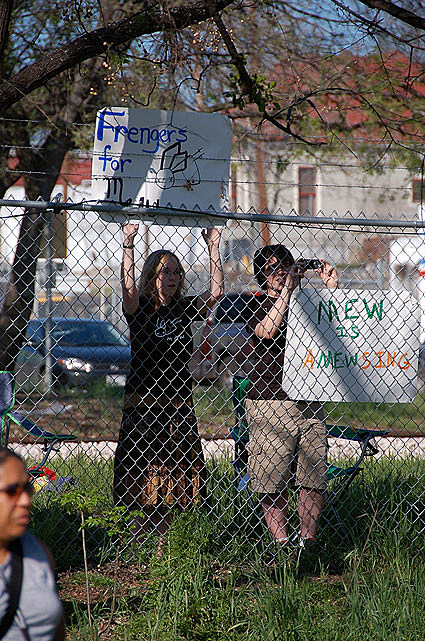 Trent Reznor has said he is a fan of Danish band Mew, and most recently they've been opening the NIN/Jane's Addiction tour in Europe. They'll play with NIN again this fall on a portion of that band's final shows. That includes the Wednesday, August 26th show at Terminal 5. Tickets go on presale through NIN.com starting July 17th at 5pm.

The T5-Mew show will be NIN's fourth and final NYC show. The other three will be opened by The Horrors.

Luckily, Mew headline their own NYC show two days before, on Monday, August 24th at the Music Hall of Williamsburg! No ticket info for that yet.

Mew's fifth album No More Stories Are Told Today I'm Sorry They Washed Away, No More Stories The world Is Grey I'm Tired Let's Wash Away is due out August 25th on Columbia (one day after the Brooklyn show). An EP with two songs off the record and three b-sides is out now via iTunes. The song "Special" from their last record is featured in a live video which you can watch, along with all tour dates, below....