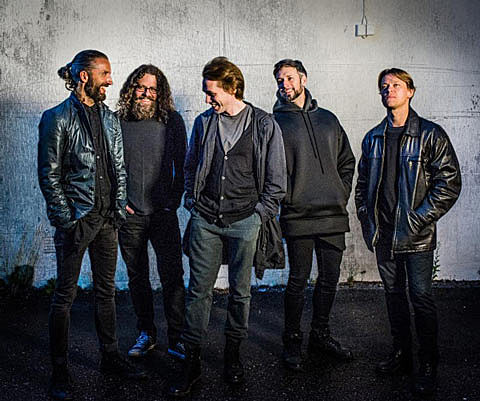 Mew's North American tour with The Dodos starts this week on the West Coast, making its way east and will hit NYC on October 10 at Webster Hall. Tickets for the NYC show are still available. Updated tour dates are listed below.

Meanwhile, Metronomy bassist and Mew megafan Olugbenga Adelekan has remixed Mew's "Witness" which is off of the band's current album, +/-. He's stripped the soaring original of everything but the vocal, while using the odd, loping beat of the verse as starting point, taking the song into a totally different sonic arena. Olugbenga told us about the remix and his love for the band:

I caught the video for The "Zookeeper's Boy" on MTV2 one day after school. Then I heard "Apocalypso." I have been hooked on the music of Mew ever since then. There is always a giddy smile on my face as I follow the strange perambulations of this music that should not work and yet works so well. The indelible melodies play a big part. I could have remixed any song from + -, because I love this album just as much as the others. I had a lot of fun with "Witness" and I'm honoured that people will get a chance to hear it

Olugbenga's "Witness" remix premieres in this post and you can stream it below.