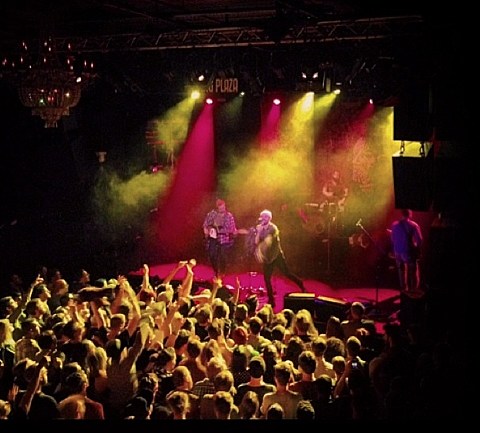 Back in the mid-2000s, before there was an emo revival but long after emo had become a dirty word, a few bands from "that scene" were coming out with boundary pushing music that could easily defy being pigeonholed into said scene (but often were anyway). One of these bands was mewithoutYou. While mewithoutYou were never emo, they were certainly grouped with those bands (perhaps being labelmates with Underoath and Futher Seems Forever had something to do with this), and even at this point almost anything remotely emo, post-hardcore, punk, pop punk, etc is called "emo revival." mewithoutYou shifted sounds several times throughout their career (which is still going strong), and arguably their most compelling stuff came when the post-hardcore of their early material took a turn towards art rock, resulting in two near-perfect albums. The first of those was Catch For Us The Foxes, which they're currently playing in full on tour for its 10th anniversary. I've always thought that its followup, 2006's Brother, Sister, is their crowning achievement so far (and my fingers are crossed for a tour of that one in 2016), but Catch is a close second for me and many fans consider it their best, which was very clear at last night's (10/16) NYC stop of the tour at Irving Plaza.

I've caught mewithoutYou a few times on recent tours, but neither the band nor the crowd have been as intense as the both were last night. It was clear that mewithoutYou are having a great time revisiting the album, with all of the members smiling and acting more lively on stage than they were even earlier this year. They sounded great playing those songs too. They were super tight, and those ten-year old songs sounded fresh (partially thanks to great newer bands like La Dispute keeping that sound alive). And the crowd was loving every second, yelling every word, and clapping surprisingly in time with a few of the more off-kilter drum beats. There was one moment when Aaron Weiss leapt into the crowd (something I've never seen him do) and the surrounding fans all mobbed the people who caught him. 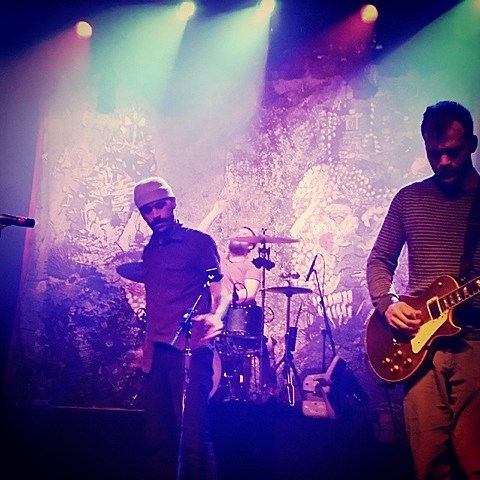 The band left the stage for only a minute or so after playing the album before returning for an 8-song encore that touched on all four of their other albums. Brother, Sister was really well represented, with five songs total including two of the "Spider" songs used as transitions. The other albums all got one each, and whether it was the dissonant post-hardcore of "Gentlemen" or the major key folk of "Goodbye, I!" the band stayed in great form and the crowd kept eating it up.

The Appleseed Cast (via Washed Up Emo) 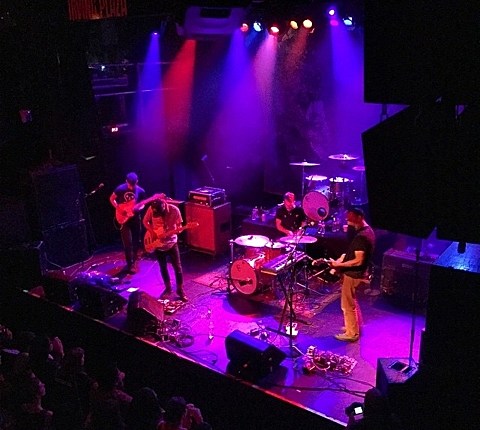 mewithoutYou weren't the only band to get excited about at this show though. The whole East Coast leg of the tour has had a great triple bill with The Appleseed Cast and Hop Along. The Appleseed Cast are veterans themselves, and those guys actually do have emo roots -- their 1998 debut, The End of the Ring Wars, is an excellent SDRE-inspired album, though they'd never sound that way again and good luck hearing those songs live these days -- but like mewithoutYou, by the 2000s they were also operating in a realm that couldn't exactly be tied to one scene. It was still sorta emo, but more often it was gorgeous post rock, and that side of them was on display during last night's very solid set. They included a few tracks from their newest LP, 2013's Illumination Ritual, but otherwise picked major highlights from the early-mid 2000s years like the guitar noodling of "Fishing the Sky," the atmospheric pop of "Here We Are (Family in the Hallway)," and the truly beautiful post rock build of "On Reflection."

And while two veterans on one bill is a great time, you don't want to get too caught up in nostalgia so it was very welcome that the much newer and also great indie/emo/whatever band Hop Along opened. Hop Along basically always win us over and last night was no exception. Frances Quinlan is always on fire as a singer, but especially last night with her voice turning into a roar even more than usual. Like other recent sets, they included some new material (really, when are we getting that new album?) and we got live staples like "Kids on the Boardwalk" and "Tibetan Pop Stars" from Get Disowned and their great 2013 single, "Sister Cities."

mewithoutYou and The Appleseed Cast's setlists below...