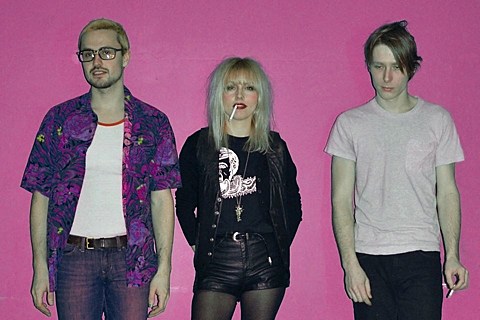 Toronto's Mexican Slang are releasing their debut EP, Inside the Velvet Castle, on July 15 via Buzz Records, the label responsible for releasing many other great young Toronto bands recently such as Greys, Odonis Odonis, HSY, and Weaves. The new single from that EP, "Halcyon," is entrancing psychedelic rock that sounds straight out of a smoke-filled, lava lamp-covered bedroom in 1969. That song premieres in this post and can be streamed, along with the garagier EP opener "Blisters," below. You can pre-order here.

Mexican Slang also have a tour coming up that brings them to our side of the border for a few shows, including Brooklyn on July 19 at Death by Audio. No other bands have been announced for that show yet but stay tuned.