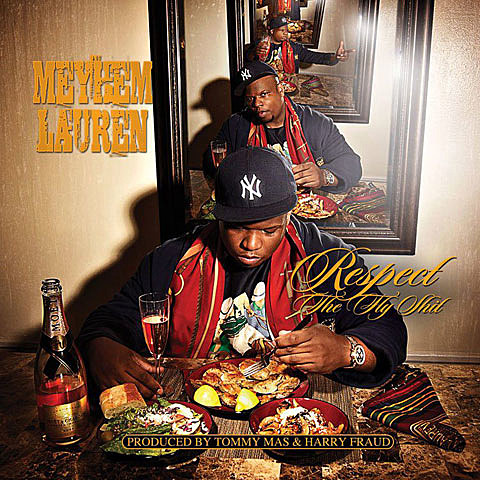 Action Bronson affiliate Meyhem Lauren, who released his free Respect the Fly Shit mixtape (pictured above, streaming below, downloadable above) on Das Racist's Greedhead label earlier this year and like Bronson, guested on The Alchemist's new album, is playing a previously discussed free show in NYC with Action Bronson at Music Hall of Williamsburg on August 23. But you won't have to wait that long to catch the rapper playing a local show, because he'll play two NYC shows tonight (8/3). First he'll do a free in-store at MIshka (350 Broadway in Williamsburg) for an in-store performance from 7-8 PM. Then he'll play Eve Ultra Lounge in Staten Island with Sean Strange.

Meyhem Lauren just dropped a new song called "Braised Duck Tacos." You can download that above and check out a recent video of Meyhem Lauren freestyling at the Toca Tuesdays studio, the Respect the Fly Shit stream, and the flier for tonight's Mishka in-store below. 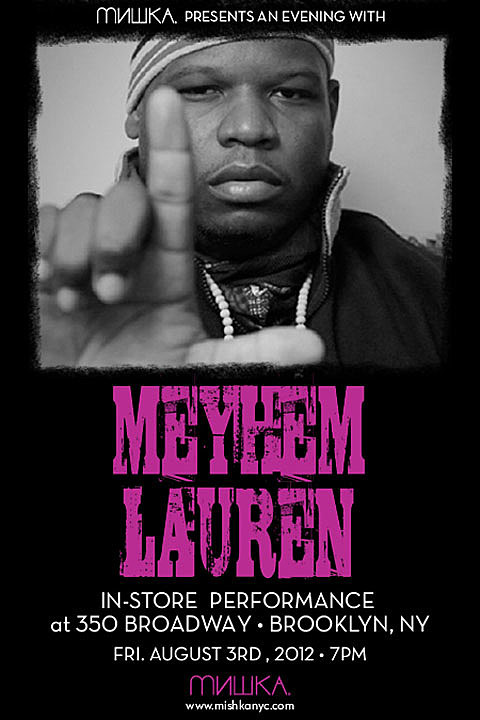