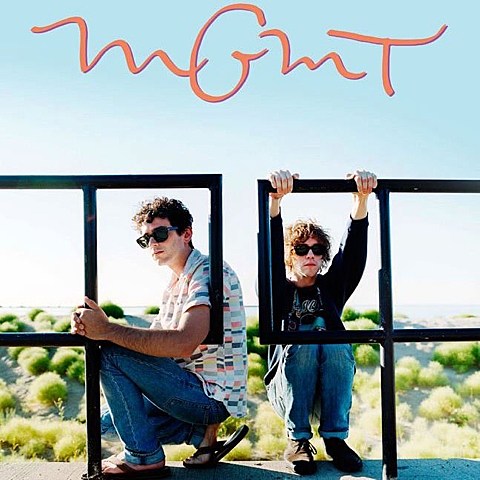 MGMT haven't released an album since 2010's often underrated, and comparatively (to their debut) difficult Congratulations, and it's been a while since they've gone on a full North American tour too. But at least one, and hopefully both, of those things are going to change this year. In a January interview with Rolling Stone, the duo said they're getting "even weirder" on their third album, which is tentatively out this June. They said they were recording only with MGMT's core two members, rather than the full band that played on Congratulations, and they're back with Flaming Lips associate Dave Fridmann, who also helmed Oracular Spectacular. They also mentioned the album was highly influenced by Aphex Twin and "house records they've been listening to lately," and includes a cover of "Introspection" by obscure '60s band Faine Jade.

Other than that album's tentative June release, no exact release details have been given, but they do have something in the works for even sooner. The band say there's a "special MGMT Record Store Day release arriving on April 20th (aka 420)!!"

After Record Store Day, the band will be going on a North American tour, which includes their previously announced appearances at Delaware's Firefly Music Festival and Cincinnati's Bunbury Music Festival. The tour doesn't include any NYC dates at the moment, but they have some open dates during their Northeast run, so hopefully something will be added.

All tour dates are listed, along with a video from their 2011 show at the Guggenheim, below...

MGMT at the Guggenheim in 2011