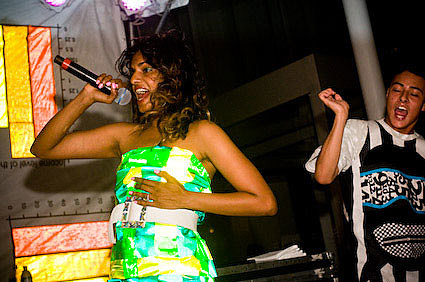 M.I.A. and Adele are up for Record of the Year which is not to be confused with Album of the Year which Radiohead is up for in addition to the "Best Alternative Music Album" category you see listed above. Radiohead's "House of Cards" is also up for "Best Rock Performance By A Duo Or Group With Vocals", "Best Rock Song" and "Best Short Form Music Video". Radiohead also placed in "Best Boxed Or Special Limited Edition Package" and "Producer Of The Year, Non-Classical" for a total of seven nominations. Make that eight if you count Jonny Greenwood's Best Score nomination for There Will Be Blood. Juno is up for Best Compilation Soundtrack. No Age is up for "Best Recording Package". Hot Chip, Daft Punk and Sam Sparro are competing for Best Dance Recording. All nominees HERE.