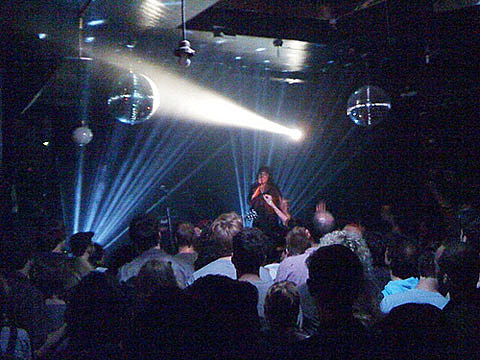 As if the hype wasn't through the roof enough, M.I.A. helped popularize the act her label co-signed (is that the right term?) a little bit more this evening by joining Sleigh Bells on stage at the end of their show at Coco66. The show's promoter Seva Granik writes, "MIA closes Sleigh Bells' set on "Ring Ring." Crowd go nut. Ima get another drank."

For prettier pictures of Sleigh Bells, check out the set from their show at Webster Hall earlier in the week. Sleigh Bells play another NYC show on May 11th. M.I.A. and Sleigh Bells officially share a bill this summer on Governors Island.