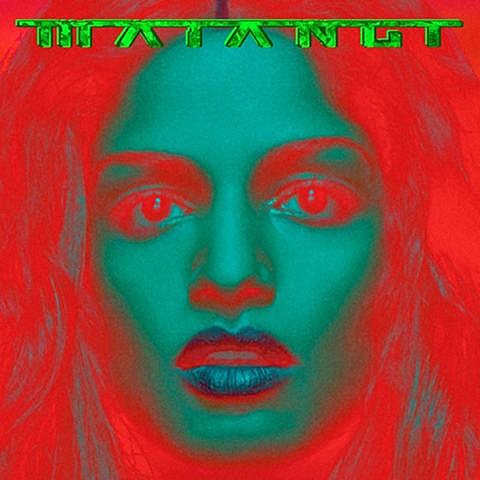 You may remember that M.I.A. flipped the bird during the Madonna-centric Halftime Show telecast of the 2012 Superbowl and that raised digit caused a bunch of controversy. A year and a half later, most of us probably assumed this all just went away, but it didn't. M.I.A. has made public -- to the Hollywood Reporter -- that the NFL has been quietly waging legal war against her, and is demanding she pay a $1.5 million fine for the "offensive gesture ... flagrant disregard for the values that form the cornerstone of the NFL brand and the Super Bowl." Last night M.I.A. released her official statement on the whole thing:

The NFL thing is completely ridiculous. It's been making me laugh for a while, but now it's so boring I don't even laugh anymore. So the precise moment in question, and you can actually freeze-frame this as many media outlets have. The frame you're looking for has my middle finger in the foreground, and the larger picture where it zooms out is a row of 10-15 cheerleaders, young black females, that Madonna got from a local high school in Indianapolis, and they were all under 16. If you look at them, they're all wearing cheerleader outfits, hips thrusted in the air, legs wide open, in this very sexually provocative position.

So, now, they're scapegoating me into figuring out the goalposts on what is offensive in America. Like, is my finger offensive, or is the underage black girl with her legs wide open more offensive to the family audience? That's basically what it comes down to. It's a massive waste of time, a massive waste of money, it's a massive display of powerful corporation dick-shaking. They want me on my knees and say sorry so they can slap me on my wrist. Basically, so they can say it's OK for me to promote being sexually exploited as a female than to display female empowerment through being punk rock. That is what it boils down to, and I'm being sued for it.

In other news, it looks like M.I.A.'s much-delayed fourth album, Matangi, is really coming out on November 5. She just released the cover art today via her instragram and that's it at the top of this post.

You can stream the latest taste of Matangi, "Come Walk with Me," below...

MIA - Come Walk With Me