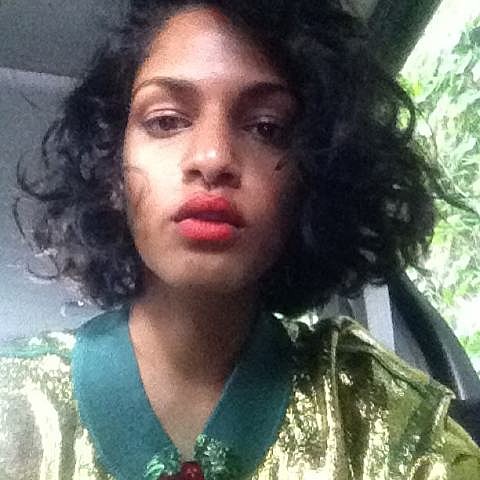 M.I.A.'s new album, Matangi, was supposed to come out in November of 2012 but got pushed back to Spring of this year? Why? According to an interview with Maya in Australian paper The Gold Coast, her label told her it was "too positive":

"They're like 'You need to like darken it up a bit'. I don't know what it is but as soon as I work that out.''
And M.I.A., the artist who flipped the bird live on TV during her performance at last year's Super Bowl, is agreeing to that?

"No, I'm taking my time to decide what they mean. It's an interesting one for me,'' she says.

"It's like 'We just built you up as the public enemy No. 1 and now you're coming out with all this positive stuff."

Matangi is currently due April 15 which, in addition to being Tax Day in the U.S., is the Tamil new year.

M.I.A.'s most recent release was last year's "Bad Girls" whose memorable video is up for a Grammy.