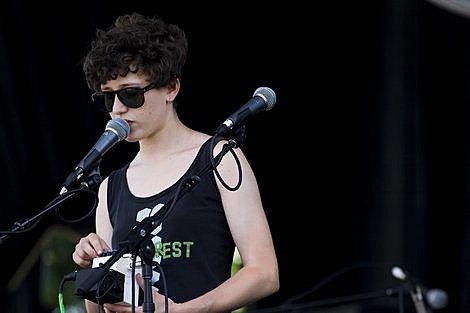 The Micachu song Bjork picked for that session was "Golden Phone," the video for which is posted below.

Now, Micachu & The Shapes are back in North America for a set of dates including two NYC shows coming up very soon. At the first gig on Friday, October 2nd, they'll be playing at Brooklyn's Littlefield with Julianna Barwick and Mon Khmer. Tickets are on sale.

The second gig, an October 3rd Wordless Music show at (Le) Poisson Rouge, will feature ACME (American Contemporary Music Ensemble) who will be "performing string quartets written by Micachu (aka Mica Levi) and Jefferson Friedman. Tickets are on sale.

ACME plays another show the next week at Galapagos Art Space where they tackle the music of John Cage, Andrew Hamilton, Frederic Rzewski and Louis Andriessen. Tickets are on sale..

Before Micachu & The Shapes get to NY, they stop in Montreal where they will play a Pop Montreal showcase co-presented by BrooklynVegan (me/us). Also on that October 1st bill is Clues and Slim Twig. Check out the poster below.

All Micachu & The Shapes tour dates are below, with their "Golden Phone" video, a "special acoustic session in front of Tempelhof Airport in Berlin in August 2009" and a clip of Jefferson Friedman's "String Quartet No. 3," which ACME will be playing on the 3rd. Check them out... 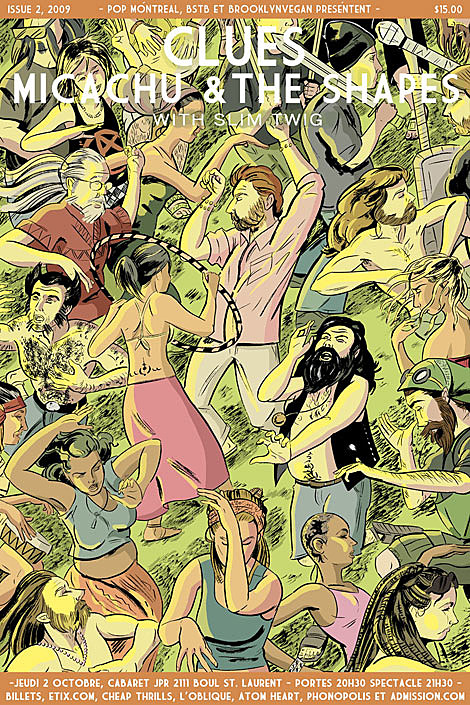 Micachu and The Shapes - Guts / THEY SHOOT MUSIC

Micachu and The Shapes - Hardcore / THEY SHOOT MUSIC