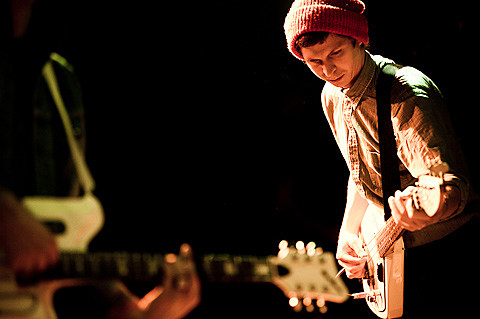 It's no secret that Michael Cera is bros with members of indie vets The Unicorns. That's him pictured above playing with Nick Thorburn's band Mister Heavenly (which also included Modest Mouse and Man Man members) in 2011, a year after he starred in a video by Nick's other band, Islands.

Earlier this year, Michael Cera collaborated with The Unicorns' other co-frontman, Alden Penner, on a new song called "Meditate" which will appear in a newly-mixed version on his upcoming Canada in Space EP. That's due June 29 via City Slang. You can stream "Meditate" and another track from the EP, "Breathe to Burn," below.

Alden is also going on a European tour this summer with Michael Cera in his band, and Cera will be playing some of his solo material on the tour as well. Before that tour, the two of them will team up for a NYC show on Friday, June 12 at Knitting Factory Brooklyn. It's a late show (11 PM doors), and is part of the Northside Festival. Tickets are on sale now, and you can also get in with a Northside badge.

All dates are listed, with the song streams and a picture of Alden & Michael, below... 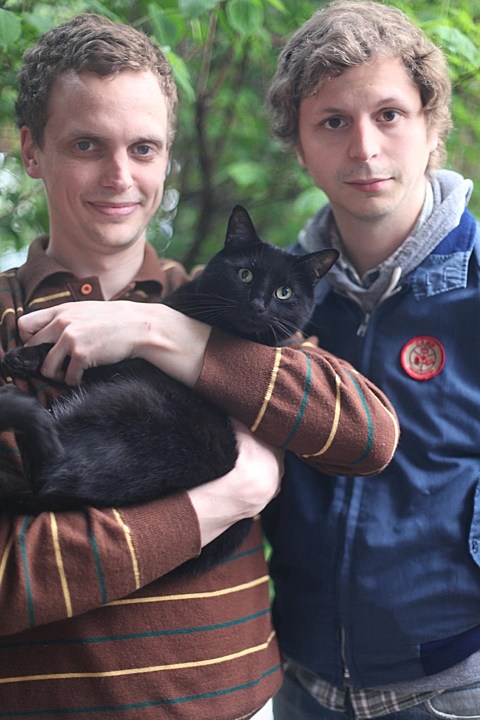