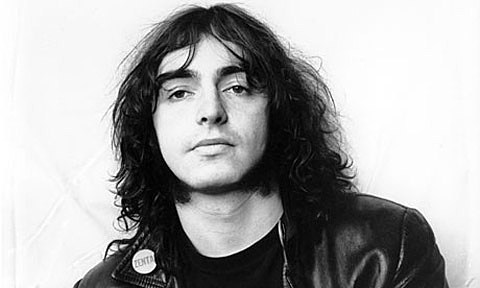 After dropping out of the fine arts program at Wayne State University, Michael Davis became the bassist for Detroit's radical proto-punk band the MC5 in 1964, replacing original bassist Pat Burrows when singer Rob Tyner and guitarist Wayne Kramer decided that they liked Davis's style and wanted him in the band. He played on the band's three original albums, including their debut Kick Out the Jams, and remained in the the group until 1972. ...[Davis eventually] joined the Ann Arbor based art noise band Destroy All Monsters at the urging of friend Ron Asheton, of The Stooges. Davis spent seven years with Destroy All Monsters, penning the underground punk hits "Nobody Knows", "Meet the Creeper", "Little Boyfriend", "Rocking The Cradle" and "Fast City" among others. The band recorded and released on Cherry Red Records, toured the U.K., and then broke up. -[Wikipedia]

Davis was the "D" in the 2003/2004 "DKT" reunion, which saw three members of the MC5 (Wayne Kramer and Dennis Thompson were the others) reunite to perform older material and eventually reform the MC5 with "Handsome" Dick Manitoba. That lineup technically still existed until this weekend. Though Michael Davis survived a near-fatal motorcycle accident in 2006, he passed away on Friday due to liver failure. The 68-year old is survived by his wife and four children (one from a previous marriage).

Billboard talked to Wayne Kramer, Ted Nugent and others...

"Michael was a major force in shaping the sound and attitude of Detroit's foremost band of the 1960s and beyond," said Dick Wagner, whose bands the Frost and Ursa Major hailed from the same southeast Michigan scene. "The MC5 was a Detroit music leader and scene-maker, and Michael Davis played his role as foundational driving force as the band's bass player. His place in rock history is firmly held."

Wayne Kramer, the MC5's guitarist, said that, "Michael and I experienced so much together over our nearly fifty years of friendship. We shared great adventures when we were young and even had a few when we grew up. Despite life's twists and turns, and there were many, we maintained our connection. "I loved him dearly and told him so the last time we spoke."

Ted Nugent, whose Amboy Dukes tread the same territory, noted that, "The MC5 were such a powerful musical/spirit force to reckon with, and so very influential to all who witnessed their might, that it is a sad day when half of their incredible rhythm section is gone. Michael was a dedicated musician and a good man. In our Motor City musical wind, he will always be alive and kickin' out the jams."

Detroit Free Press says, "In keeping with his wishes, no memorial service is planned for MC5 bassist Michael Davis, who died Friday in a California hospital at age 68. Davis had requested that his body be cremated, and that his family someday mix the ashes with those of his surviving wife, Angela Davis."

Check out some videos below..

Destroy All Monsters - Nobody Knows