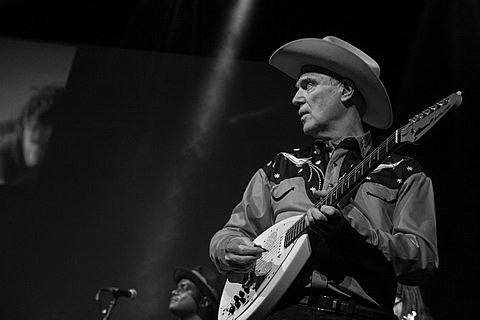 Every year, City Winery founder Michael Dorf presents a tribute show at Carnegie Hall to benefit NYC music education programs. Last year was Paul Simon. This year will be a tribute to David Byrne and Talking Heads and will happen at Carnegie Hall on March 23. Tickets are on sale Friday (12/12) at noon.

While the lineup for the Byrne tribute hasn't been announced, we do know Bebel Gilberto will be a part of it. She's got a few other tour dates in between then and now and all are listed below.

In other news, David Byrne's musical, Here Lies Love, wraps up its run at the Public Theatre on January 4. There are still quite a few performances before then and tickets are still available.