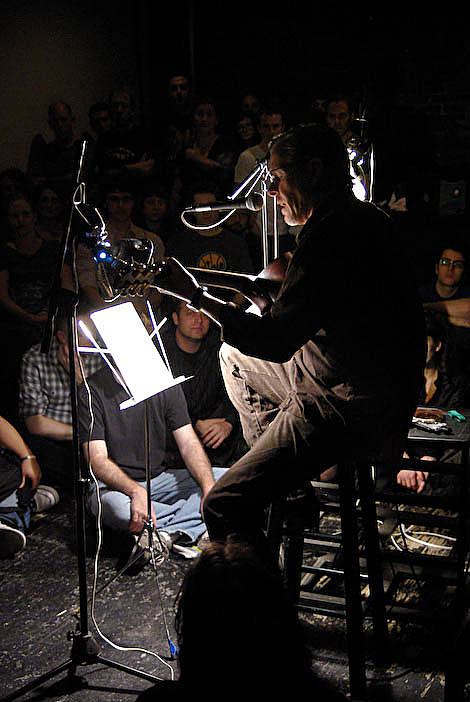 The highly influential post-punk band has returned, sort of...

The song "Jim" recently added to the [Michael Gira MySpace] playlist is an acoustic demo (solo at home) recording by Michael Gira. this, and many other new songs recorded in the same way comprise many of the new (rough versions) of songs under consideration, to be fleshed out on the coming new Swans album. A cd of these acoustic versions, as well as a live (2 shows) dvd of M.Gira will be for sale very soon as a hand made (by Gira) package called I Am Not Insane (CD/DVD). This package - in a limited edition of 1000 - will be sold in order to raise money for the Swans recordings/offset the huge costs involved... coming soon...

Angels Of Light is temporarily on hold while gira pursues his "new" project... -[Michael Gira]

Fantastic news, though Jarboe is missing from the list of principal players. Stay tuned for more information.

Angels of Light was formed by Gira in 1998 after Swans broke up. Swans videos below...