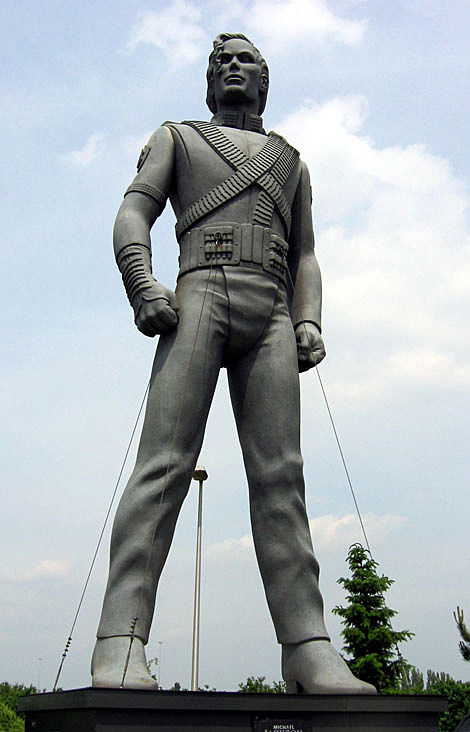 The office of the Los Angeles County coroner confirmed Friday that it had ruled Michael Jackson's death a homicide. It said the cause was a mixture of the powerful anesthetic propofol and the anti-anxiety drug lorazepam, both of which, previously disclosed court documents say, Mr. Jackson's doctor has acknowledged administering to him the day he died.

"The manner of death has been ruled: homicide," the coroner's office said in a brief statement.

It said the full coroner's report and a complete toxicology report were being withheld at the request of the police and the district attorney's office, whose investigation continues.. [NYT]

Michael Jackson would have been 51 today (August 29). And people are celebrating - as we speak actually, in Prospect Park. More on that and other events below...

Flash mobs are dancing to "Thriller" in the UK. 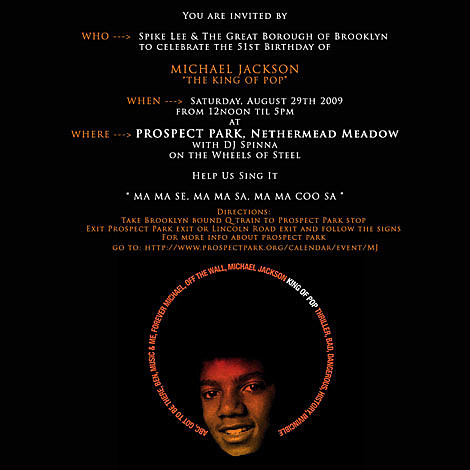 A large crowd is gathering in Brooklyn today for a massive block party to honor Michael Jackson on what would have been his 51st birthday.

Organizers expect about 10,000 people to attend the event in Prospect Park Nethermead Field, which will mark what would have been the King of Pop's 51st birthday.

The event was originally planned for just 2,000 people in Fort Greene Park, but was moved to accommodate a larger crowd.

Filmmaker Spike Lee organized the free event, which will run from noon to 5 p.m., rain or shine.

"I think Michael Jackson, the King of Pop, we definitely have to celebrate his music," said one New Yorker.

"Michael Jackson did wonderful music that plays to different generations and I think it'd be amazing to go to an event that celebrates everything he's made and who he is," said another.

"I think it's a good thing cause I know my sons are going to enjoy it. They're big Michael Jackson fans right now. So I think it's a real blessing," said a third.

The Metropolitan Transportation Authority is warning subway riders to expect large crowds today at the Grand Army Plaza and the 15th Street/Prospect Avenue stations, which are the closest to the park. [NY1 @ 12:15 PM]

At the Market Hotel in Brooklyn, the Celebration, Sam Mickens's Ecstatic Showband & Revue and Future Islands show is being billed as "A Concert in Loving Observance of Michael Jackson's 51st Birthday."

And at Le Poisson Rouge in NYC:

Or stay inside and celebrate. There's plenty of Michael Jackson on TV.