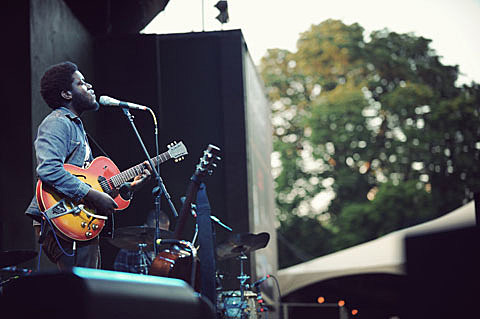 UK soul singer Michael Kiwanuka will be back in the US later this summer for Lollapalooza and a few other shows, including one in LA with Alabama Shakes, who, like Michael, are experiencing pretty fast rising success this year. About a month after that Alabama Shakes show, Michael will return to NYC for a show at Webster Hall on September 18. Tickets for that show go on sale Friday (7/13) at noon with an AmEx presale starting today (7/11) at noon.

Michael's debut LP, Home Again, was released earlier this year. The video for that album's title track and a list of all North American tour dates are below...