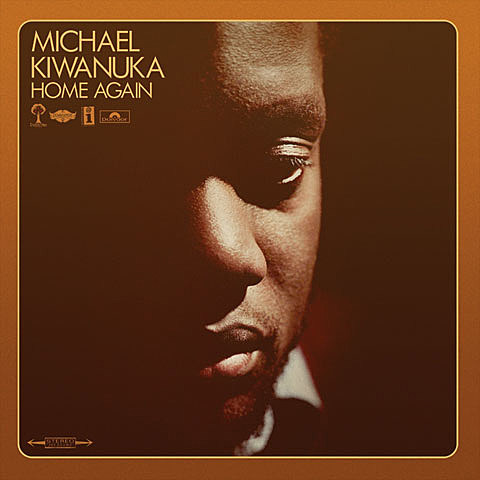 British soul singer Michael Kiwanuka, who won the BBC 'Sound of 2012' poll (beating out Azealia Banks, Frank Ocean, A$AP Rocky, Skrillex, and others), is in the US for some shows this month (he just played Bonnaroo) including two in NYC this week. He plays Highline Ballroom tonight (6/13). That show is sold out, but you can catch him for free on Thursday (6/14) at Prospect Park opening for Laura Marling, along with Willy Mason (the Celebrate Brooklyn show starts at 7pm). He's also got a bunch of other North American festival appearances on the way including ACL, Osheaga, Outside Lands, and Lollapalooza.

Michael put out his debut LP, Home Again, this past March via Polydor. It's got a real classic soul feel -- even down to the cover art (pictured above) -- with a bit of Sly Stone-ish rock crossover, perhaps due in part to the album's production by Paul Butler of indie rockers The Bees. You can check out three videos from Home Again, along with a spotify stream of the whole thing, and a list of all dates, below.