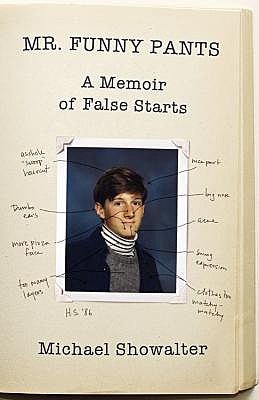 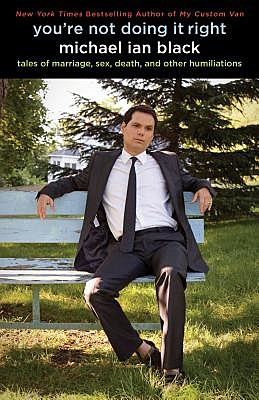 When I first saw Michael Showalter was appearing at a bookstore tonight (2/16) to promote a book, I thought, "wasn't that last year? Is it a new book??", but then I realized it's because the paperpack version of "Mr. Funny Pants" was recently released. Grab a copy. #TeamBev

You can also catch Michael tell some jokes at Union Hall on 2/25 as part of Heart of Darkness with host Greg Barris, and other guests Kate Berlant, Dr. Clayton Curtis, The Mast, and The Forgiveness. Tickets are on sale.

In related news, Michael's Stella/State partner in crime Michael Ian Black also has a new book, but actually a new book, and his will be out, in hardcover, on February 28th. You can pre-order You're Not Doing It Right: Tales of Marriage, Sex, Death, and Other Humiliations at Amazon.

And Michael Ian Black also has a bunch of promotional appearances planned around the release of his book including one at the Strand and one at Greenlight. They're all listed below...