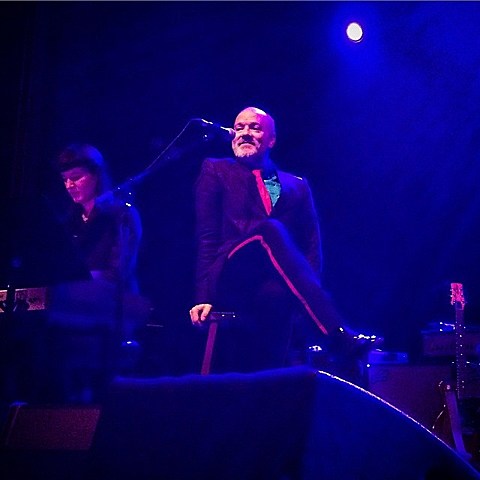 Though the 3/4 of R.E.M. who are not Michael Stipe reunited in 2013 on stage, Michael hadn't performed a set since that band broke up... until last night (12/29). He played a surprise six-song opening set at Patti Smith's first of two year-end shows at Webster Hall, playing a few R.E.M. songs and a few covers, including one of Perfume Genius' "Hood." You may remember that Michael joined Patti on stage at her 2011 New Year's Eve show, but this time was a full set. Slicing Up Eyeballs has audio and video from his set which you can check out below.

Patti does it again tonight (12/30) which is sold out. Will another special guest open?