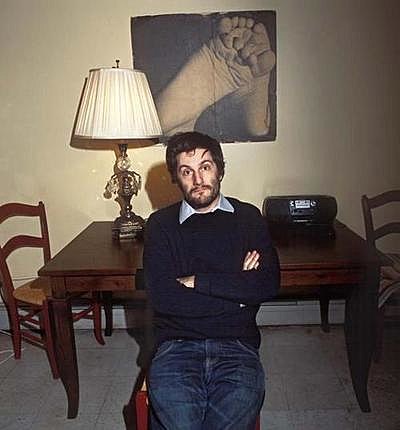 Tune in at 11am today (1/31) to catch Stella buds Michael Showalter and Michael Ian Black streaming in Michael Birbiglia's Macys window (which he is still in through Tuesday).

In related comedy news, Michael Showalter is kicking off his "Mr. Funny Pants" tour on February 24th at Barnes & Noble in Union Square with special musical guest Neko Case. He swings back through town mid-tour to hit the Bell House in Brooklyn on 2/27. Tickets are still on sale for that special edition of "Pretty Good Friends" with Eugene Mirman, Reggie Watts, Kumail Nanjiani and special guests ("Please note this show will be mixed seated and standing. For best seat selection please arrive early and use the TicketFast print-at-home ticketing option. ").

Michael and Michael, as many know, used to be on a very funny show called The State along with red head Kevin Allison who is still doing his thing as well. Catch his show called "RISK! STORYSLAM" tonight (1/31) at the Pit at 6pm for FREE. If you miss it, there's always next Monday and the Monday after that and...

Also on Mondays (but much later): Whiplash at UCB. Jon Friedman, Myq Kaplan, Mike DeStefano and Adira Amram will all be there tonight. 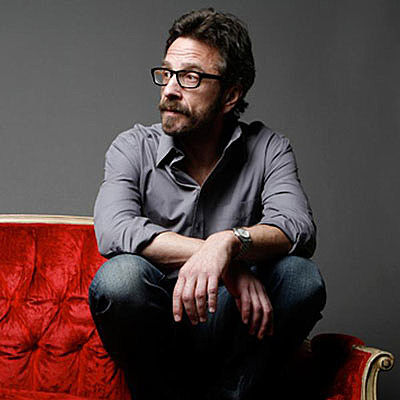 Also coming up at the Bell House in Brooklyn: two chances to see "WTF With Marc Maron". Early and late March 10th shows are on sale.

Also coming up at the Bell House:

Finally - a festival for bearded and mustached people and the people who love them! Come celebrate all things beard with us on Monday January 31st as we prepare to enter "Facial Hair February" with beardy bands, mustached DJs, vendors, contests, food and more.

DJ Russ and DJ Choyce Hacks will also be supplying the tunes at the Brooklyn beard event.

Speaking of tunes, piano-playing comedian Bo Burnham isn't even old enough to drink but he is big enough to headline Best Buy Theater in Times Square on February 4th. Tickets are still on sale. Maybe you caught Bo's special on Comedy Central. If not, it airs again on February 4th and February 11th.

Speaking of Comedy Central, Nick Kroll's special that was taped at Music Hall of Williamsburg aired on Saturday. I don't know when it will air again, but I only caught about 10 minutes and wish I saw the rest - in part because it's fun to see the barely recognizable Brooklyn venue on TV. Meanwhile you can watch two clips below.

It won't be long before you see more of Kurt though. He's starting a new talk show at the Pit called "Night of the Living." "This monthly show will feature special house band Adira Amram and the Experience, and bits and sketches from New York City's finest comedians. Come see the beginning of something very cool. And very stupid. Because that's how we like it." Its first episode happens live on February 4th with special guests Eugene Mirman, Jon Glaser, and a secret musical guest. Tickets are on sale.

Neil Hamburger is touring in February and March. Tickets are on sale for a March 17th Brooklyn show at Knitting Factory with "The Kenny 'K-Strass' Strasser Yo-Yo Extravaganza" and "Major Entertainer Mike H." All tour dates are below....