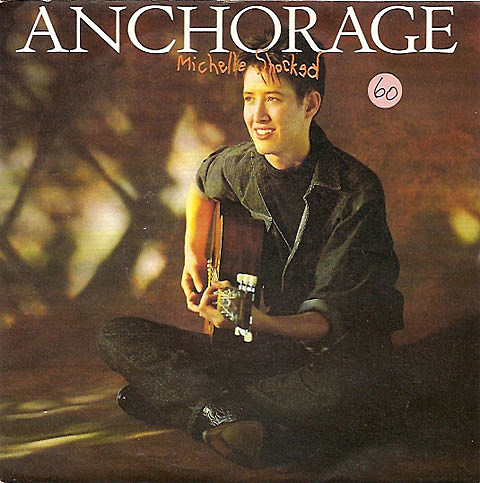 Michelle Shocked has gone silent after a homophobic rant at a San Francisco concert Sunday night that has left her without a U.S. tour. Ten out of eleven of her upcoming concert dates have been canceled by the venues themselves, Billboard has confirmed.

Clubs from Santa Cruz, CA to Evanston, IL have pulled Shocked from their schedules. Meander's Kitchen in Seattle nixed her April 26th show "due to her homophobic performance in San Francisco last night, during which she actually said 'God Hates Fags,'" the club wrote on Facebook. [Billboard]

We don't know much about Michelle, who has since responded with a few tweets, but according to Wikipedia, she went from possibly being gay or bisexual herself to being a born again Christian (and not gay?). She (ironically?) showed her support of Occupy Wall Street at a concert in NYC in 2012.

The list of shows she was just booted from, SPACE in IL included, is below...

--
--
cancelled Michelle Shocked dates
March 23 at McCabe's in Santa Monica
March 28 at Moe's Alley in Santa Cruz
March 29 at HopMonk in Novato, CA
April 24 at the Palms Playhouse in Winter, CA
April 25 at the Alberta Rose Theatre in Portland, OR
April 26 at Meanders Kitchen in Seattle
April 27 at Cozmic in Eugene, OR
May 3 at eTown Hall in Boulder, CO
May 5 at S.P.A.C.E in Evanston, IL
June 23 at the Telluride Bluegrass Festival